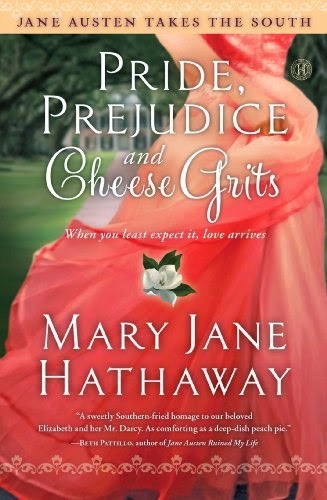 This hilarious Southern retelling of Jane Austen’s Pride and Prejudice tells the story of two hard-headed Civil war historians who find that first impressions can be deceiving.

Shelby Roswell, a Civil War historian and professor, is on the fast track to tenure—that is, until her new book is roasted by the famous historian Ransom Fielding in a national review. With her career stalled by a man she’s never met, Shelby struggles to maintain her composure when she discovers that Fielding has taken a visiting professorship at her small Southern college.

Ransom Fielding is still struggling with his role in his wife’s accidental death six years ago and is hoping that a year at Shelby’s small college near his hometown of Oxford, Mississippi, will be a respite from the pressures of Ivy League academia. He never bargained for falling in love with the one woman whose career—and pride—he injured, and who would do anything to make him leave.

When these two hot-headed southerners find themselves fighting over the centuries-old history of local battles and antebellum mansions, their small college is about to become a battlefield of Civil War proportions.

With familiar and relatable characters and wit to spare, Pride, Prejudice and Cheese Grits shows you that love can conquer all…especially when pride, prejudice, love, and cheese grits are involved!

Although a southern gal since birth, I’m not always drawn to stories set in this region.  Characters are frequently seen as ignorant, conniving, gossipy, uneducated, or even all of the above.  And while these personalities certainly do exist in our culture, I don’t enjoy giving them much of my time.  I would especially dislike their company if Jane Austen’s themes and/or characters are made into a mockery within that context. Fortunately, Mary Jane Hathaway has struck the perfect balance of southern charm and Austenesque respect in her novel Pride Prejudice and Cheese Grits. The title may seem a bit outlandish, but the story itself is solid, with a colorful cast of characters and interesting character development.

The book’s description may label it a “retelling” of Pride and Prejudice, but I wouldn’t go that far.  If anything, the “spirit” of Pride and Prejudice hovers over it, with echoes of the original characters and plot points throughout the narrative.  This satisfies the Janeite in me, without being offensive in the diversions that are taken in the writing.  Ransom Fielding is our “Darcy”, and while he inhabits many of the traits of Austen’s leading man, he has many other qualities that set him apart from the classic Brit.  The same can be said of our “Elizabeth” character, played by Shelby Roswell. She’s spunky and intelligent, but not as powerful or respected as her professional colleague.  This young college professor seemed a bit less self-assured than Austen’s beloved Lizzy, but not so much that she was portrayed as a milquetoast.

Religious themes are featured in Cheese Grits in a more predominant fashion than are found in Austen’s work. Shelby is a committed woman of faith, looking to God to guide her life and shape her as He would see fit.  I appreciated how she was portrayed as a flawed believer, yet without crossing over into significant hypocrisy.  The south is frequently referred to as the “Bible Belt” of America, and within innumerable works of fiction those of faith are often drawn with many of the negative characteristics mentioned earlier.  Shelby is very similar to many believers whom I know, including myself.  She loves God, is not always perfect in her execution of that love, but she does her best from day to day.  Ransom’s faith is also a part of his development as a character.  At the outset, he seems to believe in God, but he holds much resentment in his heart toward Him, due to significant tragedy that occurred years before. How could a loving God take away his pre-born child, and his beloved wife as well? As a result, Ransom has not only closed his heart toward romantic interests, but also to the God who seemingly has been cruel to him. Matters of faith are woven throughout, but in a genuine way that didn’t make these issues seem like tokenisms.

Hathaway also includes players that embody the spirit of one or more Pride and Prejudice characters.  We find Shelby’s mother as a woman who greatly desires for her daughter to marry, much like Mrs. Bennet. Another character not only takes on the rejected Mr. Collins role, but the devious and manipulative Mr. Wickham as well. Ransom’s aunt carries herself much like Lady Catherine de Bourgh, similarly. These characters don’t exactly reprise their roles in a modern setting, but their personalities (and some of their choices) are comparable.  Some are odious in nature, and others are a sheer delight. There is much to enjoy for the Austen fan.

I found one revelation near the conclusion to be fairly predictable, but I enjoyed the process that Hathaway took in getting there. Regency fiction is famous for its romantic “misunderstandings”, and this modern tale has a whopper of its own.  In addition, a certain controversy rears its head even later in the novel. I found this to be unexpected and thought it contributed an interesting obstacle to conquer during the closing of the story. Mary Jane Hathaway strikes a nice balance of her own narrative with many winks to Austen’s original cast. Pride, Prejudice and Cheese Grits was a southern pleasure, capturing the essence of our culture and the spirit of Austen’s creations without edging into territory that this Janeite would find unreasonable. Hathaway has crafted an engaging, thought-provoking romance here, and I look forward to reading more titles in her Jane Austen Takes the South series. 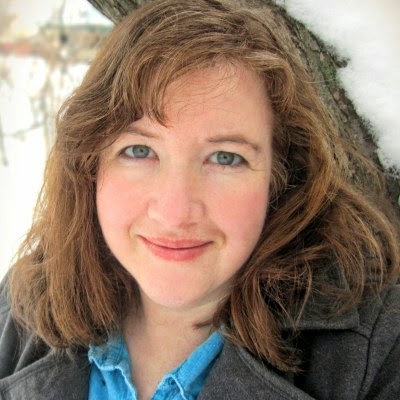 About the Author: Mary Jane Hathaway is the pen name of an award-nominated writer who spends the majority of her literary energy on subjects un-related to Jane Austen. A homeschooling mother of six young children who rarely wear shoes, she’s madly in love with a man who has never read Pride and Prejudice. She holds degrees in Religious Studies and Theoretical Linguistics, and has a Jane Austen quote on the back of her van. She can be reached on facebook at 'Pride, Prejudice, and Cheese Grits' or her regular author page of Virginia Carmichael (which is another pen name, because she’s just that cool).

Note: Pride, Prejudice and Cheese Grits had a previous release date of 2013.  Since that time, the novel has gone through editing and adjusting for this reissue. If you haven’t had a chance to read that previous edition, I would encourage you to pick this one up instead.  I’m sure that over time, this title has only improved throughout the publishing process.
Posted by Laura Hartness at 10:27 AM