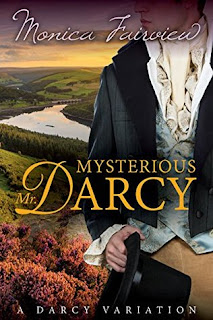 Four years after the original events of Pride & Prejudice, Darcy receives a visit in his isolated manor in Cornwall. It is Charles Bingley, and he has come to ask a favor…

There is nothing Lizzy Bennet likes more than a laugh – except for a mystery. From the moment she first encounters Mr. Darcy, she senses he is hiding something. But the more she tries to find out about who he is, the more he circumspect he becomes. However, Lizzy soon turns her attention to someone else. As Mrs. Bennet points out, Mr. Darcy is a nobody, and Lizzy needs to marry someone who can provide for her and her sisters.

Meanwhile, Mr. Darcy doesn’t want anyone to know about the scandal that haunts him from the past. He certainly doesn’t need someone like Miss Elizabeth Bennet, who asks him questions and tries to slip him up. Fortunately, he is more than adequate to the task of putting her off. What he doesn’t expect is that before long, he is caught up a love triangle, and finds himself longing to tell her the truth.

Are Elizabeth and Darcy meant to come together in this variation, or is Lizzy destined for someone else?

Note: Mysterious Mr. Darcy is not a mystery. It is a ‘what-if’ in which Mr. Darcy has to deal with the consequences of his past, a past that will change the shape of his future.

Fitzwilliam Darcy, a fugitive? A man of no consequence? Janeites might find that hard to believe, but that is the Darcy that Monica Fairview presents to us in her latest novel, Mysterious Mr. Darcy.  While the dating of this tale occurs three years after the events of Pride and Prejudice, some crucial moments of that beloved novel have not yet occurred. Elizabeth Bennet has not met Mr. Bingley or his standoffish friend Mr. Darcy at the Meryton assembly.  Lydia has not yet taken up with Darcy’s rival, Mr. Wickham. At the same time, Mr. Collins has already married Charlotte, and Jane has married a man named Munstead. The characters remain mostly the same, but some crucial plot points have been tweaked a bit.

Darcy is also harboring a secret for his past, and for the majority of the novel, we are not privy to what that secret might be. We do know he remains on the run from the authorities, and is often looking over his shoulder, wondering if he will be discovered. Elizabeth picks up on his surreptitious nature and begins to wonder what he is hiding.

Without giving away any further details, Mr. Darcy certainly is mysterious to many people in his life throughout the story.  Monica Fairview takes Austen’s characters down some interesting, yet very believable roads in her narrative. Many paraphrased quotes from the source material in Pride and Prejudice are sprinkled throughout, bringing a smile to my face when I would stumble upon them occasionally.  This made her characters seem more credible, as they are the very thoughts or words they would have expressed if Austen herself were presiding over this retelling.

I have read several of Mrs. Fairview’s books, and while I cannot say that Mysterious Mr. Darcy is my favorite, it was still very enjoyable.  I felt that Mr. Darcy’s secret was kept from the reader a little bit too long. There is also a pivotal court scene that seemed a bit short, given its importance. I believe that a significant opportunity for high drama was passed over in that moment. That being said, Monica’s ability to weave a delightful tale remains intact.  I particularly enjoyed the last quarter of the novel, wherein Darcy’s veiled history is revealed to the reader and the stakes for the main characters begin to get ratcheted up. I was turning pages quite swiftly towards the end.

As a conservative reader, I also appreciate Monica’s ability to write a drama and romance without the use of significant amounts of adult material.  I would feel very comfortable recommending this to other readers like myself. The amorous moments are definitely there, but the emphasis is on the story and character development and not on strategies to titillate the reader.

I offer a hearty congratulations to Monica Fairview! Thanks so much for allowing me to be a part of your book’s promotion.  I’m sure I will continue to be a fan for years to come!  Now, about that ending involving a certain bachelor’s romantic interest… do I smell SEQUEL??? 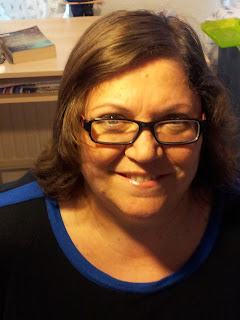 Monica can be described as a wanderer, opening her eyes to life in London and travelling ever since. She spent many years in the USA before coming back full circle to London, thus proving that the world is undeniably round.
Monica adores the Regency period and Jane Austen’s wit. She writes funny Jane Austen sequels and variations but has finally decided to get serious about Elizabeth and Darcy. At the moment, she lives with two cats, a teenager, and her own Mr. Darcy. She enjoys singing out of tune in the shower, visiting historical mansions, and warm weather.

Monica Fairview has been very generous to offer two ebook copies of Mysterious Mr. Darcy to two of our readers!  Please utilize the Rafflecopter widget below to enter. The only required entry is your email address, so that we may contact you if you win. All other entries (such as a comment, tweet, etc.) offer bonus points for the giveaway. Contest period closes at 12:01am EST on May 19, 2018. Open internationally.