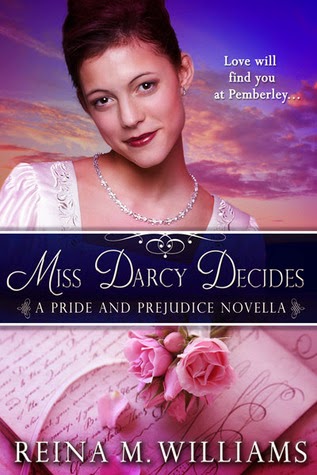 While visiting a young woman—who was not so fortunate as Miss Georgiana Darcy in escaping the persuasions of a rogue—Georgiana meets Sir Camden Sutton, whose reputation causes Georgiana to wonder as to his motives. Her wondering soon turns to a different feeling when Sir Camden comes to stay at Pemberley, showing himself to be a very different man than was rumored. While Sir Camden struggles with his past and his commitment to his future, as well as the ill intentions of haughty Caroline Bingley, Miss Darcy must decide whether to listen to others, or the words written on her heart.


Miss Darcy Decides is the second novella in the Love at Pemberley series by Reina M. Williams.  Fans of Jane Austen’s Pride and Prejudice will be familiar with the story’s characters, gleaned from that classic novel. Reina Williams has brought in her own plot line, speculating about the fates of Colonel James Fitzwilliam and Kitty Bennet in the first title of the series, Most Truly. Williams’ take on Austen’s characters continues in Miss Darcy Decides, which lends focus to Fitzwilliam Darcy’s younger sister, Georgiana. The volumes are sequential in nature, but each could also be read as a stand-alone tale.

In this second episode, we meet a new character, Sir Camden Sutton, friend of Colonel Fitzwilliam. Sir Camden has the reputation of being a bit of a rogue, and an indulger in many physical pleasures.  He is making changes in his life to be a better man, but he is not known for this as of yet.  While attending to someone in need, Camden meets the lovely (and unattached) Georgiana Darcy and is quite taken with her.  Before long, he is in earnest pursuit of her heart, as well as his own personal redemption, so that he might be known as a man of honor and clean living.  Miss Darcy, who longs to find a lifelong love of own (much like Kitty Bennet Fitzwilliam), is drawn to the charming Sir Camden, but in coming to understand his reputation is hesitant to pursue an association with him.  Over the course of the short story, she must decide how she is to go forward, and how she is to perceive him—is he a rogue or a gentleman? And more importantly, should she conclude her days at Pemberley for such a man?

Miss Darcy Decides, like its predecessor Most Truly, was a delightful, quick read.  At less than 100 pages, it could easily be enjoyed in one sitting.  Reina Williams has struck a lovely Regency tone in this tale, with the appropriate manners, language and customs of the time.  The characters are very consistent with the Austen originals, and I found Williams’ plot choices to be reasonable within this Austeneque framework.  Redemption stories are a favorite of mine, and this one is no exception.  I also appreciated the choice to not use the “one big misunderstanding” plot option to flesh out the story.  Ms. Williams could easily have gone that route for several chapters, given Sutton’s past history and current associations.  There were a few brief moments of this, but it served to nicely build tension without dragging it out for pages on end.

If I had one criticism of the writing, it would be in Williams’ frequent use of similes and metaphors, which were used as a descriptive device more than I would have preferred.  I felt as if she was trying to embellish her writing, to bring about more depth of feeling or more colorful imagery.  Williams’ writing stands well on its own, and could do with a bit less in the metaphor department.

Another literary choice was made that I appreciated very much. So far the Love at Pemberley series has been squeaky clean.  There was one minor curse word in Most Truly, and none that I can recall in Miss Darcy Decides.  These stories are predominantly romantic in nature, but that aspect of the storytelling never becomes wanton or licentious.  Due to Sir Camden’s past history, the writing could easily have delved into his indulgences and passions, but it wasn’t necessary. Williams made Camden’s character very clear, and went on to delve into more virtuous behavior.

Thus far I have enjoyed the Love at Pemberley series very much.  Like her book A Gentleman's Daughter: Her Folly, which was reviewed here on June 13 of last year, Reina M. Williams continues to produce quality Regency fiction.  I look forward to the next installment of the series, Miss Bennet Blooms, where I believe the character of Mary Bennet will be in the limelight.  Those looking for a quick, sweet read would do well to try this Austenesque series. 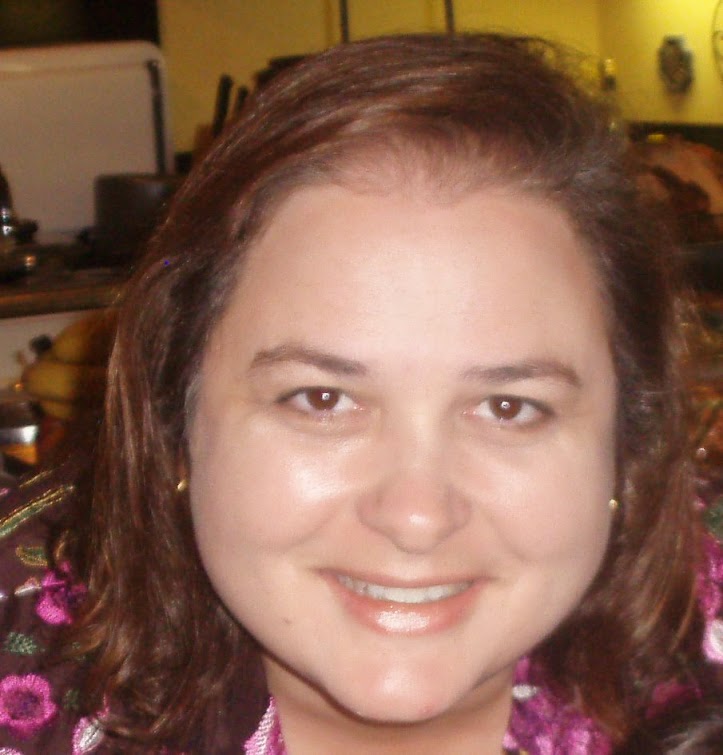 Reina M. Williams loves period dramas, sweet reads, fairy tales, cooking and baking. She lives in the San Francisco Bay Area with her two boys, who hope to someday take a research trip to England with their mom.

Reina M. Williams has had a preoccupation with history since visiting Jamestown and Colonial Williamsburg as a young girl. (The cute Native American guide helped.) In college, Reina pursued this interest (history, not cute Native Americans) by majoring in History and studying for a semester in Oxford, England. A lover of Jane Austen books, period dramas, and nineteenth century English literature and society, she brings this enthusiasm to her Regency Romances. Reina lives in the San Francisco Bay Area.

Posted by Laura Hartness at 2:26 PM