Emily and Jessamine Bach are opposites in every way: Twenty-eight-year-old Emily is the CEO of Veritech, twenty-three-year-old Jess is an environmental activist and graduate student in philosophy. Pragmatic Emily is making a fortune in Silicon Valley, romantic Jess works in an antiquarian bookstore. Emily is rational and driven, while Jess is dreamy and whimsical. Emily’s boyfriend, Jonathan, is fantastically successful. Jess’s boyfriends, not so much.

National Book Award finalist and New York Times bestselling author Allegra Goodman has written a delicious novel about appetite, temptation, and holding on to what is real in a virtual world: love that stays.


Because of the nature of my opinion, this review will be short...

I wanted to like The Cookbook Collector, I really did. When it was released a few years ago, it received rave reviews and was touted as a bit of a modernized take on Jane Austen's Sense and Sensibility. And as a fan of Austenesque fiction, this idea intrigued me.

I can understand the rave reviews. Allegra Goodman is a fabulously talented writer. She has more writing skill in two sentences than I will ever compose. I can also see the details that tie this with Austen's work.

That being said, I went from trying to give the book a chance, to tolerating it, to just enduring it. Ultimately I didn't care for the story, the characters, or the massive amount of foodie details when discussing recipes and menus. The only things that kept me from abandoning it were my lingering hopes that it would improve, and my required review for the Amazon.com Vine Program.

There are those out there who will adore this book and relish it with the delight of someone having a fine meal. Unfortunately, I was not one of them. When I finally managed to finish the book today, my immediate vocal response was "Good riddance!"

I will now move on to some true Austenesque fiction, with characters and plot lines that are more of a match for my palate...

For those who might want to try The Cookbook Collector,
despite my lack of enthusiasm for it... 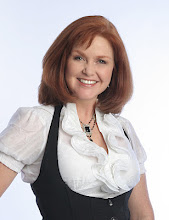