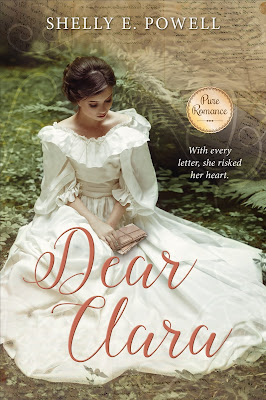 He thinks she is a rare beauty. She knows he is charming on paper. Both hope for romance, but when letters are no longer enough, Clara must face the truth and decide whether to let go of pride or protect her heart.

For the first time in her life, Clara Everton has done something truly improper. She has written to a gentleman she hardly knows, simply to avoid an unwanted marriage proposal and perhaps to prove to herself that her first London season was not such a disappointment after all. As one letter grows into many and her feelings for James Thayne deepen, Clara begins to wonder whether a letter is as innocent a thing as she once thought. Meeting Mr. Thayne in person shakes her hopes, and she must reconcile herself to the unexpected truth. Yet, as circumstances continue to bring them together, Clara can't help but question whether opening her heart to Mr. Thayne is riskier than protecting it.

For the first two years of my romantic relationship with my husband, we “dated” long-distance. This was in the early ‘90s, before the internet was common, before everyone had an email address or a text-enabled mobile phone. Making long-distance phone calls was expensive, so we often relied on the good old-fashioned postal service. I can’t tell you how many letters we wrote, but there were many. We have saved every one, and they are very precious to us. Now married twenty-six years, I’m so grateful that we had that time to get to know one another through the written word. Letters can indeed be powerful things.

In Shelly Powell’s Dear Clara, primary characters James Thayne and Clara Everton endeavor to nurture a relationship in much the same way. However, their efforts had many contrasting features compared to what my husband and I undertook in the twentieth century. The story is set in a period of England (presumably in the nineteenth century) when writing to the opposite sex was considered to be a habit reserved for family members, betrothed couples or married partners. An unengaged man and woman exchanging letters in secret was at minimum unadvisable and at worst ruinous for the woman’s reputation. In addition to facing that social construct, at the outset of their letter-writing, James and Clara hardly know each other. The young lady he had briefly met made such an impression upon him, he greatly desired to pursue her, and he chose letter-writing as his method. Not only did Mr. Thayne take a risk in writing to a virtual stranger, but Clara wagered even more as a woman in responding to him. What follows is a diverting interchange with several unexpected twists and turns.

Dear Clara is a sweet, family-friendly historical romance. Shelly Powell is a relatively new published author, and while there were times when I felt that the writing could have been stronger, I did enjoy the novel. Many Regency-themed works center around the theme of a “misunderstanding”, and as that miscommunication is worked out the narrative progresses. Without revealing a crucial plot point, I will say that Dear Clara also has a major misunderstanding at the center of the plot as well. Truthfully, I felt that the “wrong” that was done to one particular character (which produced a significant amount of angst for that individual) was given more power than was warranted. The character’s error was certainly believable, however. Although I felt that the hurt party took it too much to heart, I understood the necessity of providing a literary obstacle to overcome in the story. It wasn’t difficult to overlook that minor issue and continue enjoying the tale.

Dear Clara has well-drawn characters, with vivid personalities and relatable interests. In my mind I saw Mr. Thayne portrayed by actor Stuart Martin of Miss Scarlet and the Duke, and Ellise Chappell of the recent Poldark series was Clara. Stuart is an attractive but not striking man, and I could see a slightly younger version of himself playing James. The character of Clara is somewhat quiet, but still embodies an inner strength, enough to make the choices the did in the novel. Like Clara, actor Ellise Chappell exudes fortitude but vulnerability at the same time.


Powell also had some very interesting choices near the end of the novel, ways in which she wrapped up problems for multiple characters that I found to be unexpected and quite creative. In truth, the novel’s concluding chapters were very strong. Dear Clara has a solid finish, leaving this reader quite contented. Shelly Powell does have room to grow as an author, but she shows great promise with this work. In a social media posting she dropped hints that a new work is in progress, one that will please fans of Jane Austen. As a Janeite, I look forward to seeing what she has in store. I’m sure it will be a delightful title, building upon the talent already on display in Dear Clara. 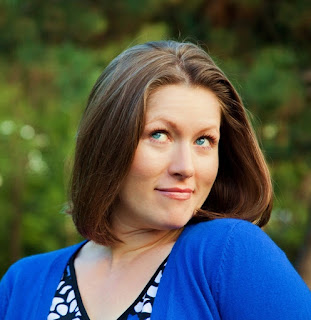 As soon as Shelly Powell was old enough to write, she was crafting stories to share with family and friends. Her earliest works featured princesses and mermaids, which she willingly portrayed on the makeshift stages of home and school. Although her interests have expanded since then, she still finds writing to be a thrilling process and a unique way to connect with others. Shelly loves a happy ending but also believes in happy beginnings. She hopes to write many stories in the years to come. Shelly enjoys running, yoga, drawing, and spending time with her sweet husband and amazing kids. Stay tuned because she has more projects in the works...

Kindle (Free to read on KU!)


Posted by Laura Hartness at 12:58 PM No comments: