Welcome to the next stop on the Rapunzel Untangled blog tour!  I hope you enjoy my review below, and be sure to enter to win a copy of the ebook in the Rafflecopter form at the end of the post.  Thanks for stopping by!


A Girl Trapped in a Mansion

The Boy Who Will Change Everything

Rapunzel is not your average teenager.

For one thing, she has a serious illness that keeps her inside the mysterious Gothel Mansion. And for another, her hair is 15 feet long. Not to mention that she’s also the key to ultimately saving the world from certain destruction. But then she meets a boy named Fane, who changes all she has ever known, and she decides to risk everything familiar to find out who she really is.

Filled with romance, adventure, and mystery, Rapunzel Untangled is one story you won’t want to put down. Discover the true meaning of love and friendship in this modern twist to the classic fairytale.

I’m easily taken in by retellings of classic fairy tales. However, once I’m in, the question becomes, will the story hold my attention and be entertaining? And in the case of modern retellings, how far into “modern” sensibilities will the authors take their version? More often than not, writers feel the need to interject plenty of adult material and plot devices that take the subject matter too far from the source. Much of the magic (and my interest) is lost in the name of being edgy or sensual.

Rapunzel Untangled has successfully satisfied this fairy tale lover. Cindy Bennett retains many of the original elements of this classic story in her modernized version. A beautiful girl is trapped in a tower, never allowed to venture forth or cut her hair. Her captor, a woman named Gothel, has kept her alive for all these years, for her own purposes. Rapunzel is discovered by a handsome princely-type, and much drama ensues.

These basic plot points still hold true in Rapunzel Untangled, but a modern twist is added. Our princely character, Fane meets Rapunzel on Facebook of all places! And as seen in the Disney version of the story, Tangled, Rapunzel’s hair has magical qualities, which is discussed in the latter part of the book. Most of the story revolves around Rapunzel’s emerging personality, as she begins to discover the world through meeting Fane, as she realizes that Gothel has kept so much from her over the years. This ultimately leads to a heady conflict at the end, when Rapunzel seemingly must decide between the man she has come to love and the freedom she so greatly desires and deserves.

Rapunzel Untangled was a fun, sweet read. It certainly has its romantic elements, but author Cindy Bennett keeps things decidedly PG-rated. There is a bit of black magic involved with Mrs. Gothel and it does get a bit dark in spots, but Bennett could have made it so much darker and sinister than she did. I was expecting much worse actually, and was grateful that things stayed as tame as they did.

As mentioned, many of the original fairy tale elements were retained in this version, but I felt that a clichéd tone was avoided. And although we do expect a happy ending, Cindy was able to write in a way that kept me guessing, despite my suspicions. The concluding chapters were particularly riveting, with earth-shaking moments for the characters and their world.

If you enjoy fairy tale retreads or are looking for a fun, romantic read for your teen daughter, I would highly recommend Rapunzel Untangled. Cindy Bennett has done a fabulous job with this fable, bringing my interest to some of her other similarly-themed works, such as Beautiful Beast, Red and the Wolf and Snow White. Her work is light and magical, entertaining and alive with wonder. I’m pleased to have discovered this author and look forward to reading more of her work in the future.

Cindy C Bennett was born and raised in beautiful Salt Lake City, growing up in the shadows of the majestic Rocky Mountains. She and her husband - who happens to be her high-school sweetheart - raised two sons and two daughters. She's now blessed with two daughters-in-law as well. She developed a love of writing in high school when a teacher introduced her to the joys of escaping reality for ten minutes each day in writing. When she's not writing, reading, or answering emails (notice there's no mention of cleaning, cooking, or anything remotely domestic), she can often be found riding her Harley through the beautiful canyons near her home. (Yes, she rides a Harley.) 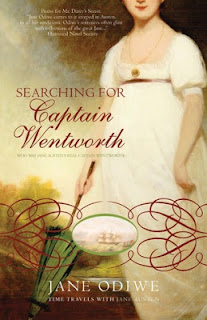