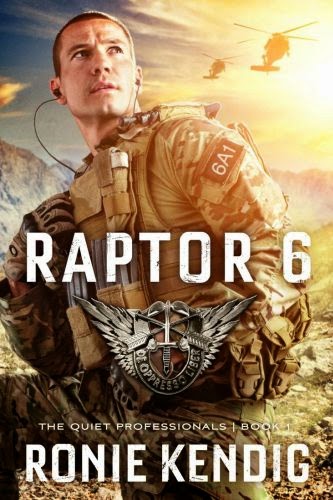 His team. His mission. A mission that comes at the highest cost!

Captain Dean Watters keeps his mission and his team in the forefront of his laser-like focus. So when Dean’s mission and team are threatened, his Special Forces training kicks into high gear. Failing to stop hackers from stealing national security secrets from the military’s secure computers and networks isn’t an option.

Zahrah Zarrick is a missionary teacher to Afghan children in Mazar-e Sharif. And a target. When Zahrah is captured because of her expertise in quantum cryptology, compromising the U.S. military, Dean is forced to crack the lockbox around his heart—a move that might come at the highest cost.


There. I said it. Full confession. Got to be honest. When I was offered the chance to read Raptor 6 by Ronie Kendig, my attention honed in on the Hollywood-like plot summary. It sounded exciting, full of technological intrigue and suspenseful military action. And as it looked like it might be somewhat spiritual in nature, my concern over a blue-tinged script was quelled. Just after I read the first couple of chapters, I took another look at the back cover:


“Ronie Kendig, an Army brat, and her husband, a veteran, live in northern Virginia with their four children and two dogs.”

Wait a minute… “her”?!? Did I see a feminine pronoun in that sentence? Somehow along the way, I failed to notice that Ronie was a woman. Yes, her bio and pic were listed on the email invitation I received. Somehow it just didn’t process. To my surprise, my interest waned significantly. I now had a new perspective on the words I was reading, which at the time were from a male solder’s point of view. Did I really want to read the words of a woman in this hard-hitting drama? For a few moments, I must admit I wasn’t sure.

In reality, I was a bit disappointed in myself. The bulk of my reading comes from female authors. I enjoy their work and frequently recommend their books to my readers. But in a war novel?? I was skeptical. And it made me sad that I felt that way. I should be unbiased towards Ronie. I should be slapping myself on the wrist! So I dove back into the novel, ready to give Mrs. Ronie Kendig a chance.

What I found was a little bit of what I expected from her, but also some very unanticipated turns of events. Raptor 6 certainly shows the telltale signs of a Christian author. There are the expected spiritual ruminations and prayers. Colorful language is handled discreetly. It would be reasonable to expect frequent, intense words from the many military within her cast, but she manages to either sensor the vocabulary—“the General cursed” would be a typical example—or she changes them up, almost to the point of humor. Tough military guys spout off phrases like “son of a biscuit” and “move your sorry carcasses” on more than one occasion. I appreciated Kendig’s circumspect choices in her writing. I can do without f-bombs on every page. At the same time, I found some of the alterations humorous. But you know, sometimes you’ve got to do what you’ve got to do to tell a story. It needs to be realistic without alienating your conservative audience.

Another detail that I felt was distinctly feminine in the writing was the frequent mention of people’s eye color, hair color and general physique. I don’t find this offensive, it’s just the kind of thing I find in the many romance novels I read. It’s not expected in an action-packed dramatic arena. If anything I felt that while this tone built up the sweet romance aspect of the story, it ultimately made the writing weaker than it could have been. “Feminine” does not equal “bad” in my mind. It’s just that I’ve come to expect a certain tone from women, and I wasn’t looking for it to be so prevalent in this story. How many different ways do we need to describe Dean's attractive green eyes? Kendig is an accomplished author. Her writing is strong enough to have a bit less of that sort of thing.

Those concerns aside, Raptor 6 was an intriguing, enjoyable ride. After I got over my silly sexist notions, I settled in for an interesting plot full of action, Christian thought, and yes—romance. While Kendig made her herculean efforts to tone down foul language, there were plenty of difficult issues that were addressed. Things that are not appropriate for children, in truth. The plot includes several murders, torture and assault. All of these are realistic events that are happening in the world, even now. Ronie doesn’t sugar-coat it too much. She keeps some of the more graphic details toned down a bit, keeping some assaults in other venues and other tragedies happening “off screen”, so to speak.

I did have a bit of trouble following the plot during the first half of the book, but as the action ramped up, the writing became tighter and I was able to transport myself into Captain Watters’ world. There were numerous times, especially in the last third of the book, that I was surprised at some of the choices Kendig was making. These scenes are not the typical ones you might find in the standard Christian novel. She made some tough choices as her characters endured hardship and pain. God's will is frequently called into question.  I was very impressed that she took such a hard-hitting, authentic approach to these moments.

My husband is a veteran, and I have many former military within my family and circles of friends. However, I’m not well versed in the technical language of this culture. Kendig does us a service by not only including a character listing at the beginning of the book, but a glossary of terms and acronyms as well. This was helpful, as I would have been more confused without that assistance. Those who do not consider themselves “military types” need not shy away, however. There’s plenty for us as well, acronyms or no.

The characters of Raptor 6 are predominantly military, with civilians and foreign nationals as well. Kendig did a fine job in allowing us to get to know such an interesting collection of people. They were colorful, intelligent, brave, heartwarming, cruel, and heartbreaking. By the conclusion of the story, I was particularly attached to the main protagonists, Captain Watters and the missionary Zahrah Zarrick. Their relationship took some turns that I didn’t expect, and as the next volume in the series, Hawk is set to release on November 1, 2014, I’m sure their adventures are going to continue.

Dean Watters is not your typical leading man, and neither is Zahrah. They, as well as the cast of characters around them, bring a captivating, thought provoking story to us in Raptor 6. Not only was I entertained, but I was given pause in thinking about God’s will for my life, and I also gained an even deeper respect for those serving in our military. It’s incredible, the many who have laid down their lives so that we might be free. This past Sunday in our morning service, our church congregation welcomed back a soldier who had been serving in Afghanistan. As I stood to participate in the standing ovation he so richly deserved, I had a new perspective on what he had been doing for us because of the book's forefront presence in my mind. Our men (and yes, WOMEN) of the armed forces are true heroes, and I’m thrilled that they were placed on such a dramatic stage within Raptor 6.

So back to my initial confession—do I remain a sexist reader? Yes, probably. I’m biased when men write romance novels, and skeptical when women write novels like this. But the lesson I’ve learned is this: I need to get past my engrained bias and take in a novel for what it is, regardless of the gender of the author. The work will stand on its own, proving to be either something commendable... or not. And in this case, I would say that Raptor 6 would definitely fall within that former category—a commendable beginning to an exciting series.

Enter to win a Kindle HDX!

Ronie is celebrating with a Kindle HDX Giveaway!

One winner will receive: A Kindle Fire HDX
Raptor 6 by Ronie Kendig

Enter today by clicking one of the icons below. But hurry, the giveaway ends on June 15th.
Winner will be announced June 16th on Ronie's blog.

Don't miss a moment of the fun; enter today and be sure to stop by Ronie's blog on June 16th to see if you won. 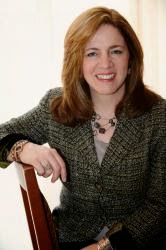 Ronie Kendig is an award-winning, bestselling author who grew up an Army brat. She married a veteran, and together their lives are never dull with four children and two dogs–a a Maltese Menace and a retired military working dog, Vvolt N629. Ronie’s degree in psychology has helped her pen novels of intense, raw characters. Since launching onto the publishing scene in 2010, Ronie and her books have hit bestseller lists and garnered awards and critical acclaim.


A paperback copy of Raptor 6 was provided by Litfuse Publicity for review purposes only.

Posted by Laura Hartness at 4:12 PM