Matt Redman, possibly most known for his popular Christian song, "10,000 Reasons" has a new album coming out soon!  It's called Glory Song, and it contains thirteen tracks with not only Matt Redman, but several guest artists.

When I received my review copy of the CD, I wasn't in a place where I could listen to it just yet. However, I opened the case and took out the liner notes, which featured the lyrics for all the songs. I love tunes with a good hook, but if I'm listening to a Christian album, I especially appreciate it if the lyrics are compelling and are theologically on point.

To be honest, I wasn't bowled over by the lyrics.  Yes, they were absolutely on track with my personal theology. Matt Redman is an accomplished author himself, writing books and devotionals related to his musical work. So I'm sure he's taken many hours to choose just the right words for his songs.  And as one of the executive producers is Louie Giglio, a preacher I admire, I'm sure everything was properly vetted theologically before it was committed to the album. That being said, I didn't see much within the liner notes that was inventive or groundbreaking. I still wanted to give the CD a chance though, given that I hadn't heard a single note yet.

Initially my suspicions were confirmed with the first four tracks.  They're lovely tunes, again, with lyrics that could be used in any evangelical church. I just didn't care for the music. The inclusion of guest artist Guvna B seemed out of place, given Matt's usual style.  Perhaps he was trying to mix things up a bit, and from an artistic standpoint, I do applaud his wanting to branch out. It just didn't flow right for me. I wasn't repelled by these tracks per se, but I found them to be much like everything else I hear on Christian radio today.

Track four, "One Day" was a nice change.  The music was lovely, and I particularly liked how it employed the now-common method of merging new lyrics with an old hymn. Perhaps that's why I enjoyed this track more, because I was already familiar with a portion of the song. Again, nothing revolutionary was done here, but I really liked this track and plan to play it again in the future.

Track nine, "Still I Will Sing" did have a nice sound, with a faster beat and an almost '80s flavor, but ultimately I found it to be another track that would be shortly forgotten.

Heartfelt, earnest, and well-meaning, Glory Song would for the most part make a fine addition to any church worship leader's Sunday morning set list.  The production values are good, and Matt Redman does exhibit his considerable music talent within these tracks.  However, I cannot say that the album as a whole will be a memorable one as the years go by.  I remain a Matt Redman fan, but I look forward to another collection, one where he might stretch his lyrical and musical wings just a little bit more.

Although this wasn't a glowing review, I would still like to give away a copy of Glory Song  to one of our U.S. continental readers.  Perhaps the Lord has a personal message for you within these tracks that will touch you in a special way.  To be eligible to win, comment below and include some way for me to contact you (email, social media handle, etc.) if you are chosen.  Comment ideas: What is your favorite Matt Redman song? Who is one of your favorite singer/songwriters, from any genre? What was the last album you listened to, from beginning to end?

Contest concludes at 12:01am on Saturday, October 7th. Open to continental U.S. mailing addresses only. I will contact the winner shortly thereafter for their delivery mailing address.  If I don't get a response from the winner within 72 hours, I will choose another name.  Giveaway prize administration will be facilitated by FlyBy Promotions. Thanks for entering!

Below I've included a music video of Matt singing "Gracefully Broken", so you can get the feel for the sound of the album.

Disclosure (in accordance with the FTC’s 16 CFR, Part 255: “Guides Concerning the Use of Endorsements and Testimonials in Advertising”): Many thanks to Propeller Consulting, LLC for providing this prize for the giveaway. Choice of winners and opinions are 100% my own and NOT influenced by monetary compensation. I did receive a sample of the product in exchange for this review and post. Only one entrant per mailing address, per giveaway. If you have won a prize from our sponsor Propeller /FlyBy Promotions in the last 30 days on the same blog, you are not eligible to win. Or if you have won the same prize on another blog, you are not eligible to win it again. Winner is subject to eligibility verification.
Posted by Laura Hartness at 10:25 AM 4 comments: 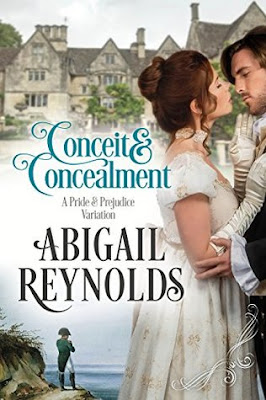 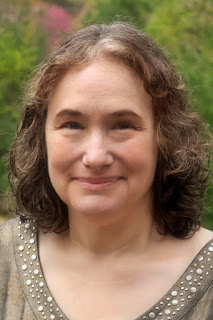