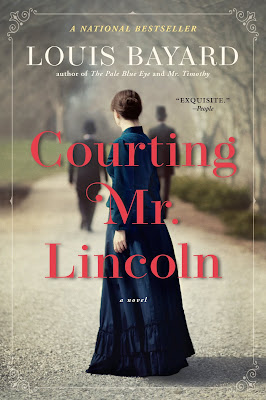 From the prizewinning author of Mr. Timothy and The Pale Blue Eye comes Courting Mr. Lincoln, the page-turning and surprising story of a young Abraham Lincoln and the two people who loved him best: a sparky, marriageable Mary Todd and Lincoln’s best friend, Joshua Speed.

When Mary Todd meets Abraham Lincoln in Springfield in the winter of 1840, he is on no one's shortlist to be president. Rough and reticent, he’s a country lawyer lacking money and manners, living above a dry goods shop, but with a gift for oratory. Mary, a quick, self-possessed debutante with a tireless interest in debates and elections, at first finds him an enigma. “I can only hope,” she tells his roommate, the handsome, charming Joshua Speed, “that his waters being so very still, they also run deep.”

It’s not long, though, before she sees the Lincoln that Speed knows: a man who, despite his awkwardness, is amiable and profound, with a gentle wit to match his genius and a respect for her keen political mind. But as her relationship with Lincoln deepens, she must confront his inseparable friendship with Speed, who has taught his roommate how to dance, dress, and navigate the polite society of Springfield.

Told in the alternating voices of Mary Todd and Joshua Speed, and rich with historical detail, Courting Mr. Lincoln creates a sympathetic and complex portrait of Mary unlike any that has come before; a moving portrayal of the deep and very real connection between the two men; and most of all, an evocation of the unformed man who would grow into one of the nation’s most beloved presidents.

Louis Bayard, a master storyteller at the height of his powers, delivers here a page-turning tale of love, longing, and forbidden possibilities.


Today’s post falls on President’s Day in the U.S., so it seems appropriate to examine a fictional treatise on one of our beloved presidents. In this case, Courting Mr. Lincoln by acclaimed author Louis Bayard will be our point of focus. This finely-crafted novel revolves around the titular Abraham Lincoln, his future wife Mary Todd and his dear friend Joshua Speed. As Mr. Bayard notes in his post-novel essay Inside an Enigma, thousands of titles have been produced about President Lincoln, so one may wonder what new perspective might be brought to the table in this narrative. Courting Mr. Lincoln is unique in that Abraham, Mary and Joshua form a triangle that has previously been unknown to many. In fact, had I known that this book dealt specifically with this particular theory, I doubt I would have accepted the invitation to review it.

A number of years ago I heard rumblings of a speculation regarding the true nature of the relationship between Abraham Lincoln and his bachelor-days roommate, Joshua Speed. While it was common for male roommates to share a single mattress in the 19th century due to financial constraints, this did not always indicate same-sex attraction between them. However, some Lincolnian scholars have offered the notion that Abraham and Joshua held more than just a platonic relationship, especially after examining the letters shared between them. At the same time, these men lived in a society that overwhelmingly did not accept same-sex relationships. It was expected for men to settle down, marry and have a family by their late 20’s, if not sooner. As Lincoln began to run in political circles, he might have felt even more pressure to marry, as candidates are often seen as more reliable if they have a wife. These issues are considered throughout Courting Mr. Lincoln.

Using alternating the viewpoints of Joshua and Mary, Louis Bayard examines the years in which Lincoln meets and develops his relationships with both of them. Bayard’s writing is masterful. People magazine has termed it “exquisite”, and this is not an exaggeration. Not only is his prose well-researched for the period, but his word choices are extraordinary. On several occasions I found myself highlighting text to look up in the dictionary, delighting in the discovery of new corners of the English language. Aside from the interesting storytelling, Courting Mr. Lincoln was an educational and delightful read from a linguistic point of view.

I previously mentioned that I may have objected to reviewing this novel had I known its central theme, which isn’t overly apparent within the book’s description. I am a conservative Christian, and am generally not a supporter of LGBTQ causes. So when I eventually detected the relationships that Mr. Bayard was offering in his novel, I became concerned about how the story would play out. Would it become too racy for my sensibilities? Would there be scenes I would regret seeing in my mind’s eye? Fortunately, I can report that Bayard has handled the material with obvious intent, but in a fairly discreet manner. His point was made in a powerful way, one that I think is reasonable if you look at the content of the actual Lincoln/Speed letters. At the same time, I breathed a sigh of relief when I finished the last pages of the Epilogue, grateful that the possible same-sex attraction between Abraham and Joshua was handled in the way it was.

As mentioned, there have been myriad perspectives on the man who is considered by many to be the greatest American president. Louis Bayard has presented to his readers a tale that was offered in compelling fashion and with expert writing skill. Abraham Lincoln was a complicated, enigmatic figure, and this holds true in Courting Mr. Lincoln¸ a unique fictional examination of a man who may never be truly known. 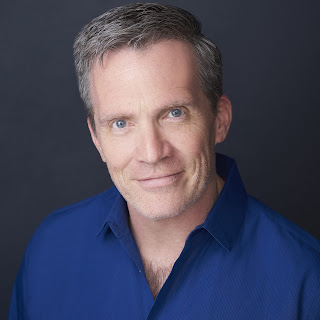 Louis Bayard is a New York Times Notable Book author and has been shortlisted for both the Edgar and Dagger awards for his historical thrillers, which include The Pale Blue Eye and Mr. Timothy. His most recent novel was the critically acclaimed young-adult title Lucky Strikes. He lives in Washington, D.C., and teaches at George Washington University. Visit him online at www.LouisBayard.com.
Posted by Laura Hartness at 12:00 AM No comments: