Book Excerpt and $50 Giveaway: Letters from the Heart by Kay Bea 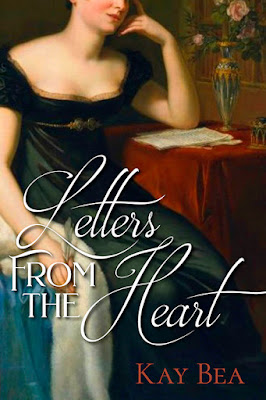 About Letters from the Heart, a Pride and Prejudice Variation:

The Bennet sisters of Longbourn lack both decorum and connections and do not possess a decent dowry between them. Even the best of the them is in every way unsuitable for a man whose income is as a good as a lord. But love is not so easily set aside and in January 1812, Mr. Darcy persuades Mr. Bingley to reopen Netherfield Park, the country estate from which they both fled only two months before. On returning to Hertfordshire, they discover a near tragedy took place three days after the Netherfield Ball and has changed the lives of the Bennet family forever. Mrs. Bennet’s relentless fear of losing her place in society has led her to condemn her least favourite daughter to a life of isolation and pain that will greatly complicate Darcy and Elizabeth’s journey to happiness. Old bonds are strengthened, family ties are severed, and unlikely allies emerge as each of them struggles to make sense of the changes they face.

Welcome to the fourth stop on the blog tour for the new Austenesque novel, Letters from the Heart from debut author Kay Bea! My blogging has slowed to less than a crawl in the last year because of my graduate studies, but I'm thrilled to be able to offer an excerpt spotlight for this new novel, and to avail my readers the opportunity to win a $50 Amazon gift card as a part of this blog tour (available worldwide).  Simply offer a coherent comment below (at least a full sentence, please), and you will be entered into the drawing. The giveaway period runs through September 19th. Be sure to offer a way that we may get in touch with you if you win. If giving your email, use an extended format such as:  Name at gmail dot com, which will be a safer option. Want more entries in the contest? Be sure to visit the seven other blogs participating in the tour:

And here now, without further ado, is a brief but tantalizing excerpt from Letters from the Heart:


Book Excerpt: Letters from the Heart 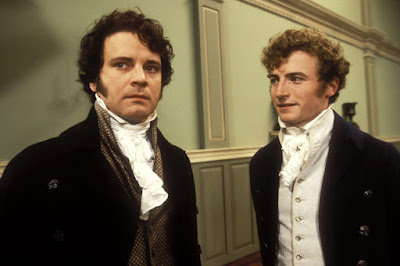 “Tell me, Darcy, about this creature you do not love,” the colonel insisted.

The invitation to describe Elizabeth Bennet was too tempting to withstand. Darcy drew a breath and said, “She is the younger sister to Bingley’s newest love. She is kind, thoughtful, and terribly impertinent. Miss Bingley thinks she is possessed of a conceited independence, but I found her to be refreshing, not at all like the simpering daughters of the ton. She is, perhaps, too free in giving her opinions, but she most often manages not to give offence. She is also prone to debate simply for the sake of it. She is passionate”—here he thought of her defence of Wickham and was frustrated again—“even when she is mistaken.”

Putting aside his anger, he pictured her face that night and on the other occasions they had spoken. He continued softly, “She has the most expressive eyes I have ever seen. They dance when she laughs and burn when she is angry.” He stopped speaking and turned to gaze into the darkness beyond the library window.

“She seems your ideal match, then. Why are you not in Hertfordshire wooing the lady rather than sitting here with your dusty old relations?”

Darcy shook himself and turned to face his cousin. “Woo her? No. She is entirely unsuitable. ’Tis better that I left the country when I did.”

“And what makes this kind, impertinent, passionate woman unsuitable? Is she a servant?”

“Do not be ridiculous!” Darcy snapped in offence.

“A shopkeeper’s daughter perhaps or a tavern wench?” the colonel teased his cousin.

“Do give me some credit, if you please!”

“The squire’s daughter?” Darcy’s face darkened at his words, and Colonel Fitzwilliam knew he had come to the point. “That is it then,” he continued before Darcy could speak.  “You fell in love with the squire’s daughter. Her father is at least a gentleman then, so tell me, Darcy, how is she unsuitable?”

“It is not she so much as it is her family! The two eldest sisters were the only decent members of the entire group. Five daughters, all out at once and not a decent dowry between them. A vulgar, grasping, harpy of a mother. An indolent father. And an estate that is entailed to Lady Catherine’s parson of all people! That is to say nothing of her mother’s relations. An uncle who is a country attorney and another in trade. How could I possibly rejoice in the prospect of relations whose condition in life is so decidedly beneath my own? The match was in every way impossible! I would not have my life made the subject of insipid gossip and speculation!”

The colonel made a rude noise and said, “When did you become Lady Catherine?”

“You heard me. Good lord, Darcy! ‘How could I possibly rejoice in the prospect of relations whose condition in life is so decidedly beneath my own?’” he mimicked cruelly. “You’ve not cared one whit what anyone thinks of your choices before. Why does it matter now?”

“I—” Darcy started, then stopped, and began again. “I must consider Georgiana.”

“You have always needed to consider her. Do not use your sister as an excuse for your own arrogance. You have picked a poor time to begin caring for the whims of society. I only hope you were not foolish enough to let your disdain for her family show in your interactions, else you may never repair the damage.”

“Why should I wish to?” Darcy asked.

“Because you are in love, my friend, and that should matter.” Richard said nothing more on the subject before leaving the room some twenty minutes later.

You will be surprised to know that Georgiana and I have journeyed to London rather than Derbyshire. There is but little which could persuade me to be in town, particularly at this time of year. You should not take my presence here as in any way acknowledging your advice of Christmas. I will say that, upon reflection, I may have acted with too much haste as regards Bingley and his lady. Therefore, I have decided to persuade Bingley to reopen Netherfield. It should be the work of only a moment as he has spoken of naught but his Miss Bennet these past weeks.

I have not yet decided whether Georgiana will accompany me as I do not care to encourage the presence of certain ladies. Perhaps Miss Bingley will not relish the idea of winter in Hertfordshire. I can only hope her desire for the entertainments of town will outweigh her interest in this affair.

Though I take exception to your characterisation of my disposition of late—a Darcy is never morose and does not brood. I know I have not been myself. I suppose I should thank you for reminding me that this is an odd time to suddenly begin caring for the opinion of society, but I will not give you any such measure of satisfaction.

It seems that Colonel Fitzwilliam knows Darcy better than he knows himself!  I guess we will have to see what transpires next in this Pride and Prejudice variation!  I haven't read this novella yet, but I have been given assurances that the content of Letters from the Heart is not overly steamy, which works well for many of my readers.

Thanks to everyone who stopped by The Calico Critic for this blog tour, and be sure to check out the other posts for more content, such as guest posts and interviews! 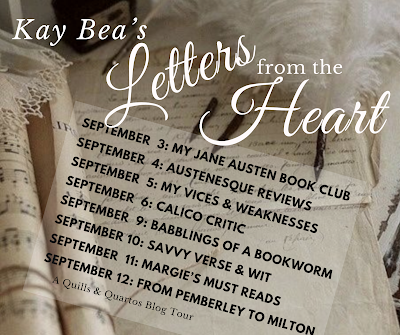 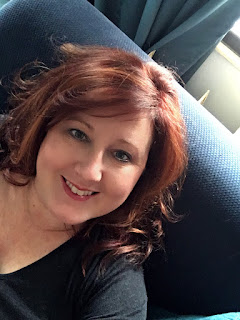 Kay Bea is an administrative assistant and Jane Austen lover living in Kansas City with her husband of twenty-five years, her mother-in-law, and her fur kids. She has written several short stories and drabbles on fanfiction.net as “I Found My Mr. Darcy” and on A Happy Assembly as MrsDarcy2032.

Kay grew up in Wyoming, enjoyed a two-year adventure in Maryland, and now calls Missouri home. When she isn’t writing, Kay enjoys photography, cooking, and spending time with her adult children and three granddaughters.