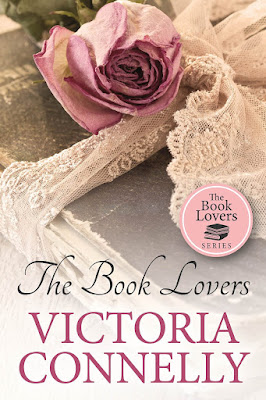 Author Callie Logan never expected to swap her life in London for one in rural Suffolk but, after the breakdown of her marriage, she decides that a fresh start is just what she needs. Finding Owl Cottage in the tiny village of Newton St Clare, Callie determines to give up on love and throw herself into her work. But fate seems to have other ideas and she soon has two very different men vying for her attention.

First there's Leo who likes to live on the wild side which usually means taking his dates foraging in the local woods for their supper. Then there's Sam Nightingale, owner of Nightingale’s bookshop. Sam, recovering from a divorce, has also vowed to embrace the single life. That is, until he meets Callie.
But is Callie willing to risk her heart again and, if she is, will she make the right choice?


Oh, to run away to the English countryside, to a tiny village with multiple independent bookshops…I know I would be in heaven. Such is the situation in which Callie Logan finds herself as she tries to shake the dust off her feet, leaving behind big city life and a marriage which is in pieces.  Her goal: To live a quiet life with her books, her writing, and NO ROMANCE! But things take a turn as she begins to get to know the inhabitants of the local area. While somewhat simpler in nature than those in the city, their personalities are wide, interesting and varied, and more than one catches her attention in a romantic way. Before she knows it, she finds herself in the corner of a love triangle, wringing her hands over two very enticing prospects. After all she had set out to do, how did she end up in this mess? Books never give her this much trouble! They’re much easier to deal with than her fellow humans.

Such is the premise of The Book Lovers, the first in a series by Victoria Connelly.  I initially became acquainted with Victoria’s work because of her Austenesque fiction.  Titles like A Weekend with Mr. Darcy, Dreaming of Mr. Darcy and Mr. Darcy Forever were enjoyable ones, so I felt confident that this new series would fare just as well with me, and indeed it has thus far.  The Book Lovers is not Austenesque, but anyone who can appreciate a sweet love story would enjoy this.

I particularly relished the amount of time Connelly spent with the examination of “The Book Lover” in general. Author Callie Logan is one, and she finds a kindred spirit in bookseller Sam Nightingale. I chuckled over her commentary regarding the act of smelling books—how each book seems to have its own scent, its own story beyond the words on its pages.  Not long ago I caught my son doing the very same thing with a new book that he had acquired, and in response to his initial embarrassment in being seen doing this, I assured him that many book lovers do that.  Connelly’s characters also ruminate on what they love about books, and feel each other’s pain when a book might be stolen or harmed. They care for them almost as much as they care for people, in a way.

But ultimately their love for relationships does win the day, and the sweet story brings in family, career decisions, life choices and character strengthening into the narrative.  Callie is certainly a book lover and author, but she is so much more than that, and begins to come into her own as a woman in this tiny village.  She is at times frustrated with the issues swirling around her, despite her efforts to avoid them in the countryside. Ultimately she must come to face them, make some hard decisions, and learn to live with them.  I enjoyed her character (and many others) in The Book Lovers.  They were not caricature-like, but I could see them very clearly in my mind.  We have the sweet bookseller.  The tired author. The manly outdoorsman. The commiserating family members. The wretched ex-husband.  The sophisticated best friend from the city. So many archetypes, and I enjoyed them all.

The Book Lovers, at under 250 pages is a quick read, a perfect choice for the weekend or for a holiday away.  I highly enjoyed the journey that Callie took throughout the story, and I look forward to the next title in this series, Rules for a Successful Book Club. 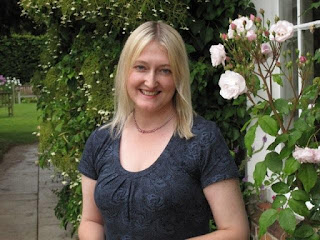 Victoria Connelly grew up in Norfolk before attending Worcester University where she studied English Literature. After graduating, she worked her way through a number of jobs before becoming a teacher in North Yorkshire. In 2000, she got married in a medieval castle in the Yorkshire Dales and moved to London.

Although having had articles and short stories published, it was only when Flights of Angels was published that Victoria was able to realise the dream of becoming a professional writer. Bought in a bidding war between five publishers and released as Unter deinem Stern in Germany, the novel was made into a film for television by Academy award-winning Ziegler Film.

Her first novel to be published in the UK – Molly’s Millions – came out in 2009 and was a Top Ten bestseller on Amazon Kindle. She has also written a series about Jane Austen addicts. The first, A Weekend with Mr Darcy, was published in the UK by Avon, HarperCollins, and in the US by Sourcebooks. The second in the trilogy, The Perfect Hero was featured on Channel 5’s The Vanessa Show and was a hot pick in The Sun.

The Runaway Actress – a romantic comedy about a movie star who swaps Hollywood for the Highlands – was shortlisted for the RNA’s Best Romantic Comedy of the Year in 2013. Her novels, Wish You Were Here, A Summer to Remember and The Rose Girls have all been Amazon bestsellers.

She is also the author of three collections of short stories as well as two children’s novels, and the Mulberry Cottage series. Her new series, The Book Lovers, launched in 2015.

She lives in a 200-year old cottage in rural Suffolk with her artist husband, a Springer spaniel and a flock of rescued hens.

This time I'm running a special giveaway for our UK readers, courtesy of Victoria Connelly!  She's offering THREE audio book copies of Rules for a Successful Book Club just for you!  If you're a winner, you simply need to have a free account with Audible.com, no monthly membership required. Contest ends at 12am EST on April 24, 2016.  Fill out the Rafflecopter widget below to enter.