The Calico Critic welcomes guest writer Spencer Blohm, as he offers his thoughts on holiday classics that make a great addition to this festive season.  After a busy day, one of these might be the perfect choice to enjoy with a warm beverage and a lap blanket...


A successful holiday film generates more than box office sales. It inspires decades of hot chocolate sippin’, popcorn poppin’ fans. Sentimental Christmas classics are a shared cultural mosaic of hope and cheer, a shared source of joy evergreen. Yet the roots of most holiday films come from original paper tales, from novels, poems and short stories spanning more than 200 years. 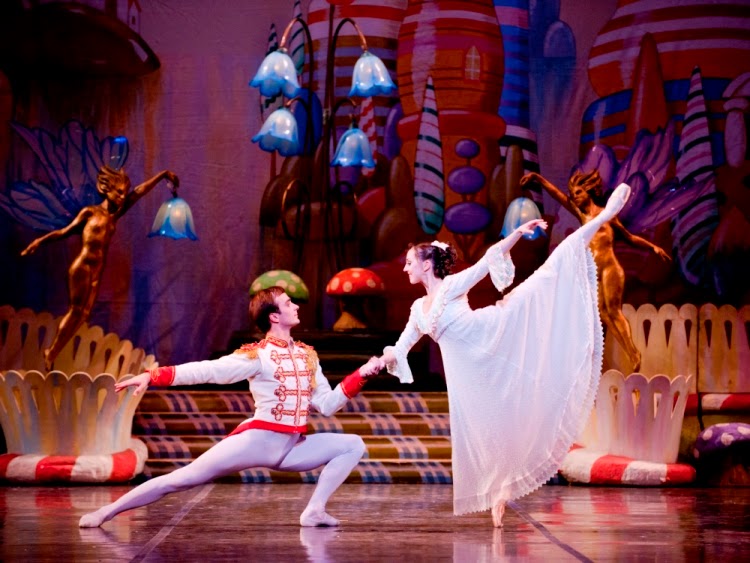 Nutcracker and the Mouse King
What ultimately became a beloved Tchaikovsky ballet and a handful of underappreciated family films began as a revolt against the ruthless rationalism of the Enlightenment. In “Nutcracker and the Mouse King,” German author Ernst Hoffmann tells the dark-lit story of a feral Mouse Queen’s revenge, the young Drosselmeyer’s curse, and Marie Stahlbaum, who falls into deep sleep and into a gothic world straddling reality and delirium.

The Life & Adventures of Santa Claus
Written by L. Frank Baum, also author of the Wonderful Wizard of Oz, the novel The Life and Adventures of Santa Claus relays one of the earliest classic American stories of The Man in Red, alias Kris Kringle. Educated by immortal creatures and inspired by the human condition to create toys for needy children, Santa Claus becomes more than a jolly toy peddler; he becomes the man who overcame the baseness of humanity.

As a child, Chris Van Allsburg played on the Pere Marquette 1225 steam locomotive while it was on display at the University of Michigan. Inspired by the number 1225 – 12/25, the twenty-fifth of December – Allsburg imagined, authored and illustrated the award-winning children’s book: The Polar Express. Published in 1985, the story follows a young boy who rediscovers Christmas aboard an express train bound for the North Pole.

The Gift of the Magi
No spin-off from O. Henry’s 2,070-word short story – not the 2001 TV short nor the 2010 TV drama – can compare to the original tale by William Sydney Porter of a dedicated young married couple on a shoe-string Christmas budget. She selling her beautiful hair and he parting with his treasured watch, they both make sacrifices to please the other. But when he buys her a comb and she buys him a gold watch chain, the gifts can’t be used. Their presents to each other, unable to function with their intended purpose, leave the lovers to abandon the concept of physical gifts - revealing instead the pure beauty and perfection of true love.

Rudolph the Red-Nosed Reindeer
When Robert May first pitched the story of a red-nosed misfit reindeer destined for Santa’s sleigh to his boss, his reply was, “Can’t you come up with anything better?” As history would prove, the advertisement man turned author from Montgomery Ward was right all along. In the infamous song by Johnny Marks, and his various claymation incarnations (several versions available here), Rudolph remains one of the most beloved Christmas characters worldwide; whether he’s appearing in films, books, or music.

A Visit from St. Nicholas

Many people are introduced to Clement Clarke Moore’s famous lines by the 1974 TV Special, Twas the Night Before Christmas, the story of a Junctionville, New Jersey, a town disbarred by Santa because of one resident mouse’s snot-nosed letter to the North Pole. The animated special brings to life Moore’s poem, A Visit from St. Nicholas, the 1823 poem that would forever cement Santa Claus in the American conscious.

Jeremy Creek
Narrated by Dick Van Dyke and produced by Hanna-Barbera, The Town Santa Forgot was a cherished 1993 TV special about a brattish boy whose plan to monopolize all the toys in Santa’s sleigh went wonderfully haywire. The special was based on the Charmaine Severson’s rhyming read-a-long poem, “Jeremy Creek.”

Who would Santa Claus be without the immortal lines of “A Visit from St. Nicholas?” Would Christmas be so cheery without moral lessons from O. Henry? Holiday film classics transcend the holidays. Their messages remain in the heart and endure long after the ravages of New Year’s resolutions.