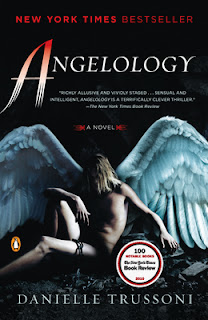 TLC Book Tours' latest offering is Angelology by Danielle Trussoni.  There are 18 blogs participating in the tour, offering reviews and giveaways.  TLC has graciously offered two copies for me to give away, so we'll have two winners!  Instructions to enter the Calico Critic giveaway are following my review.  Be sure to check out the other stops on the tour to learn more about Angelology and to enter to win a copy! 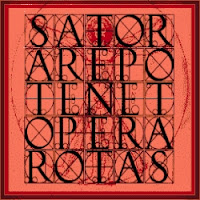 When I heard of Angelology

and its premise, I was highly intrigued.  I was one of Frank Peretti's many readers 25 years ago when he released his supernatural thriller Piercing the Darkness

.  And while his work is more of an evangelical tool, the subject matter is similar.  Those who enjoyed the puzzling religious mysteries of The Da Vinci Code

, the forbidden paranormal relationships of Twilight

and the adventurous treasure-hunting of the Indiana Jones

books and films might also find this to be a good choice for them.

As in Peretti’s world, angels (and fallen angels) are real creatures, having an influence on the world around us.  Author Danielle Trussoni draws much inspiration from passages in the Bible, most notably from the book of Genesis.  During the time of Noah, angels were known to copulate with humans, thereby bringing about offspring known as the Nephilim. In Angelology, they managed to survive the Great Flood and have been on earth ever since, secretly holding great positions of power throughout history and enslaving the unwitting human race.  Unfortunately for them, a group of angelologists have been striving for centuries to resist their tyranny, and at the turn of the 21st Century, things seem to be in great upheaval.  A battle between the fallen angels and their enemies becomes inevitable.

This story is quite multi-layered, and difficult to summarize concisely.  There are many characters and more than one time period covered in the narrative.  Most of the plot is contained within about 60 years of time, yet most of the story takes place during the few action-packed days in which it is set, December 23-25, 1999.  At times the novel is slow, but never boring.  It took me a while to read this title, but I always enjoyed returning to it for another chapter or two.  Or three.  There are plenty of exciting scenes, and it doesn’t surprise me that Angelology has been optioned by Sony Pictures and is in development for a possible 2013 release.  I’m not sure how the screen writers are going to capture the essence of Trussoni’s work.  The story is long, rich and full of detail.  It should be an amazing film.

I loved the characters of Evangeline and Verlaine.  I could see Natalie Portman playing the young angelologist and David Krumholtz as the quirky professor.  Both of these characters go through so much in this story, with their lives as they know it being completely turned upside down by the supernatural world around them.  They certainly grew and changed as individuals throughout all of their ordeals.

To my knowledge, Angelology is Trussoni’s first published work of fiction.  She has done a masterful job. She’s an excellent writer and kept me fully entertained for hours on end.  I’m not an expert in all things angelic and from a religious standpoint I don’t believe in everything that occurred in this story.  However, it was a fun ride and it also gave me a few things to think about.  Don’t take this as a literal view of how things may or may not be in the spirit world.  Just enjoy the novel as an intriguing thriller that spans millennia and multiple planes of existence.  Angelology is quite an experience, indeed.

Angelology Giveaway!
Here are the guidelines:

Bonus Entries
Please make note of all your bonus entries in your comment(s).  You may post either separate comments or a single large comment.  Here are your bonus entry options:

One final note:
When I had only read a few chapters, my eyes accidentally brushed over the last page of the book.
BIG mistake. HUGE spoiler.
Don't make the same blunder I did.

Posted by Laura Hartness at 6:09 PM