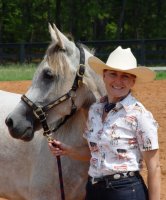 Today The Calico Critic welcomes our first guest blogger, writer Emery Lee.  She is the author of The Highest Stakes, a novel recently published by Sourcebooks and reviewed here on April 20th.  Stakes was very enjoyable, and I'm honored that Emery would share her thoughts with us.  If you're interested in winning my ARC of The Highest Stakes, the review and contest rules are posted here.

And now, a few words from Emery Lee:

If anyone had told me just four years ago that I would one day become a writer, incredible as it sounds, I would have thought them deranged. How could a person without a creative bone in her body write a novel?

After a fifteen year career as a medical imaging professional, I had risen to a comfortable and fairly lucrative middle management position, having followed the logical progression for my chosen career… but something indefinable was missing.  I felt stifled and restless.

I began reading  - voraciously, something I hadn’t done since the bookworm days of my youth.

Incredibly, somewhere within this diverse mix of old and new, history and romance, I discovered Emery Lee.

It is said that one should write what one knows, but I will add that one should also write one’s passions. In my case, this would converge horses, history and romance. These three elements at first glance appear very much at odds, but the combination, to me, was irresistible.

A story began churning around in my head, breaking my concentration during the day, and invading my dreams at night. The premise was a pre-revolutionary love story with dark and dramatic elements, much like a Tale of Two Cities, or Last of the Mohicans.

It would involve characters torn between two worlds. It would also involve horses, racehorses. But where did the horses come from?

My research led me to the discovery that nearly all Thoroughbred racehorses (even to this day) can trace their blood back to the sire lines of Herod, Matchem, and Eclipse.  These unparalleled champion sires in turn sprung from three distinct progenitor stallions that were all imported to England from the Middle East in the late 17th and early 18th centuries.

Bingo! Why not start at the beginning?

My intended storyline suddenly shifted backward an entire generation to mid-18th century England in the reign of George II, when the horse that would become known as the English Thoroughbred was first created.

Although THE HIGHEST STAKES is undoubtedly a love story, the characters and the horses- the progeny of the Byerley Turk, and the Darley and Godolphin Arabians, are seamlessly woven into the plot that drives the story.

The pure sire lines are as important in the stables as they are in the noble houses; and just as the success of Sir Garfield’s racing stud is elemental to his schemes of social advancement, a racing wager becomes the only pathway Devington sees to win his true love, Charlotte.

The rest, as they say...is history.