Book Review and Giveaway: The Gospel According to Lost by Chris Seay 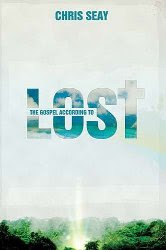 When the television show Lost made its debut in 2004, I quickly became a loyal viewer.  The storytelling was like none I had ever seen, and I was captivated by the mystery and intrigue.  Each character on the program had their own narrative, compelling in their own way.  The writing was intelligent and assumed that the audience would be, too.  And while some seasons have been stronger than others, I've seen every episode over the years.

Author Chris Seay, pastor and president of Ecclesia Bible Society has bought into the world of Lost as well.  So much so that he's written The Gospel According to Lost, his take on how the program's themes and characters are echoes and examples of Christian faith, theology and philosophy.

The initial chapters of Seay’s book reflect on Lost in general and begin to draw his first parallels between the show and his Christian faith. He discusses the power of television and how Lost is very different from other programs being produced today.  Major themes that will be discussed in the book are presented.  He discusses the tension of good and evil on the show, as well as in many epic stories.

Chapters 3 through 17 are each devoted to one or two of the show’s characters at a time.  He analyzes their histories, their struggles and how their development frequently can be compared to Biblical and Christian themes.  Each chapter opens with lovely artwork, portraits of the characters done by artist Scott Erickson.  His Epilogue gives recommendations on how to enjoy the upcoming final season in light of what he’s presented to his readers.

As a Lost fan and a Christian, this title was quite fun to read.  It was great preparation for the upcoming (and final) Season 6, debuting on February 2nd, 2010.  Many months have passed since I’ve seen a fresh episode, and going through all the major characters in this way was very enriching.  Not only do I have their story arcs fresh in my mind, but I now have a deeper medium to which I can relate them.

As a reader, though, sometimes I found Seay’s writing to lack a sense of identity.  In one moment he’s spouting high-end vocabulary words that seem out of place in his sentences.  In another moment he’s making parenthetical jokes that are from somewhere out in left field.  While I understood everything he’s presented, the style of writing was somewhat distracting at times.  By the end of the book Seay seemed to find his voice a little better and settled down a bit.  When he wrote from his heart, in language that he would use every day, he did well.  When he tried to sound like a college professor, it came off as stilted and inauthentic.

That being said, The Gospel According to Lost would make a great read for Christian fans of the program.  It’s not suited for people who are unfamiliar with the show, but that’s okay.  Those who read this can easily take the ideas that he presents and share them with others out there, even those who haven’t seen the show.  As he suggests in his Epilogue, use the show’s popularity and the concepts he shares to be a springboard to deeper discussion with those around you.  We are all searching, but in having faith in Christ, none of us are truly Lost.

Disclosure of Material Connection: I received this book free from Thomas Nelson Publishers as part of their BookSneeze.com book review bloggers program. I was not required to write a positive review. The opinions I have expressed are my own. I am disclosing this in accordance with the Federal Trade Commission’s 16 CFR, Part 255: “Guides Concerning the Use of Endorsements and Testimonials in Advertising.”

And now for the contest!  This one's going to be quick, as I want to get the book out to the winner as soon as possible.  The season premiere is right around the corner, and I'm sure you'd like to read this before it airs.


Here are the contest rules:

Bonus Entries (Please make note of your bonus entries in your comment):

Hey #Lost fans! My review & giveaway of @PastorChrisSeay 's "The Gospel According to Lost" is up! Enter soon! http://c74c3cd1.qvvo.com

And here's the direct URL to that specific tweet:
http://twitter.com/lhartness/status/7737175998
Hopefully that's not too complicated!  Thanks for stopping by the blog, and good luck to the contest entrants!
Posted by Laura Hartness at 12:01 AM