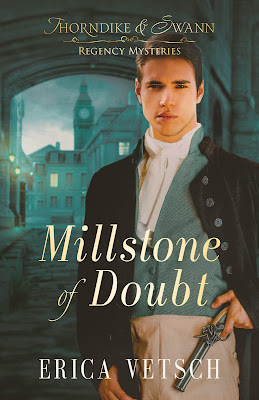 A Bow Street Runner and a debutante in London Society use their skills to find the killer of a wealthy businessman, but the killer’s secrets aren’t the only ones they will uncover.

Caught in the explosion of the Hammersmith Mill in London, Bow Street runner Daniel Swann rushes to help any survivors only to find the mill's owner dead of an apparent gunshot--but no sign of the killer.

Even though the owner's daughter, Agatha Montgomery, mourns his death, she may be the only one. It seems there are more than a few people with motive for murder. But Daniel can't take this investigation slow and steady. Instead, he must dig through all the suspects as quickly as he can because the clock is ticking until his mysterious patronage--and his job as a runner--comes to an abrupt and painful end. It seems to Daniel that, like his earthly father, his heavenly Father has abandoned him.

Lady Juliette Thorndike is Agatha's bosom friend and has the inside knowledge of the wealthy London ton to be invaluable to Daniel. She should be in a perfect position to help with the case. But when her trusted instructor in the art of spy craft orders her to stay out of the investigation, Lady Juliette obeys. That is, until circumstances intervene, and she drops right into the middle of the deadly pursuit.

When a dreadful accident ends in another death on the mill floor, Daniel discovers a connection to his murder case--and to his own secret past. Now he and Juliette are in a race to find the killer before his time runs out.

Millstone of Doubt is the second title in the Thorndike & Swann Regency Mysteries series by Erica Vetsch. In preparation for this review, I read the opening volume, The Debutante’s Code. This first novel tended to have more of a focus on the titular character Julianne, and I found it to be very enjoyable. The second book in the series turns the attention of the reader toward detective Daniel Swann. Unlike many sequels, Millstone of Doubt has avoided the trend of failing to live up to the standard of the first work. Now that the main characters are well established, the narrative becomes a bit more story-driven. I found it to be much more exciting, although The Debutante's Code is still a diverting initial venture. The secret agents of Julianne’s world (which now includes detective Swann) find themselves in quite a few varied situations, both secretive and dangerous. The opening calamity at the flour mill was positively riveting and visceral in its detail, and as a family member of a milling family, I loved the inclusion of this vital industry. The scientific facts surrounding the hazards of the milling process were accurate, and I eagerly shared a few passages of the book with my husband, who grew up visiting the family mill in Sanford, NC.

I enjoyed Daniel Swann’s journey as a young man, the revelation of his family's past and the wrestling he endures within his spiritual life. While I sometimes feel that the manner in which Vetsch includes matters of faith within her novels can occasionally seem forced, Daniel’s doubts and concerns seemed more organic in this novel. Possibly one of my favorite quotes of the book comes during one of the moments wherein he is receiving counsel from a mentor.  Bow Street Magistrate’s investigator Ed Beck advises, “God is good regardless of your experience because the Bible says He is, and the Bible never lies. We cannot judge Scripture or what we know about God by our own experiences and emotions, because those are changeable and untrustworthy most of the time.” (p.274)

I also appreciated Ed's words on the same page when he said, "Don't blame God for the shortcomings of men. It's too easy, and it's an excuse not to be grateful for what He's given us." Although I haven't been in a "blaming God" mode recently, I have been less than grateful for certain blessings and my vision has been clouded by human shortcomings (both my own and that of others). Although Millstone of Doubt is far and away a tale of adventure and relationships, I appreciated the spiritual lessons that were presented.

Millstone of Doubt also takes a bit more time developing a romantic storyline. Lest I give anything away, I will not indicate which characters are involved in this arena. I will share that the progression of the relationship was realistic, very chaste and sweet. Like The Debutante’s Code, the content of Millstone is very family-friendly in regard to this type of content. In other areas such as violence and salty language, there is a bit more action within the story and a few details regarding some deaths that occur, but those details are kept to a minimum. To my recollection, there is absolutely no colorful language or hints of it. As it has been in the past, Erica Vetsch’s work is appropriate for just about any audience.

Millstone of Doubt opens with an explosive first act and rarely abates in intensity throughout the entire narrative. Erica Vetsch’s knowledge of the Regency period, both in its customs and vernacular is quite extensive, yet the writing style is approachable and accessible to a general readership. She has crafted a captivating world of espionage, romance, family and faith thus far in the Thorndike & Swann series. Given the manner in which Millstone of Doubt concluded, there is surely more to come for these characters. Further adventures would be a welcome thing indeed. 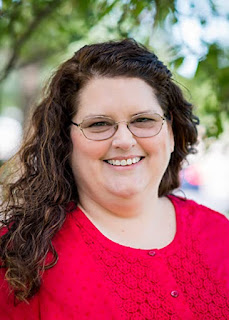 Erica Vetsch is a New York Times best-selling author and ACFW Carol Award winner and has been a Romantic Times top pick for her previous books. She loves Jesus, history, romance, and watching sports. This transplanted Kansan now makes her home in Rochester, Minnesota. 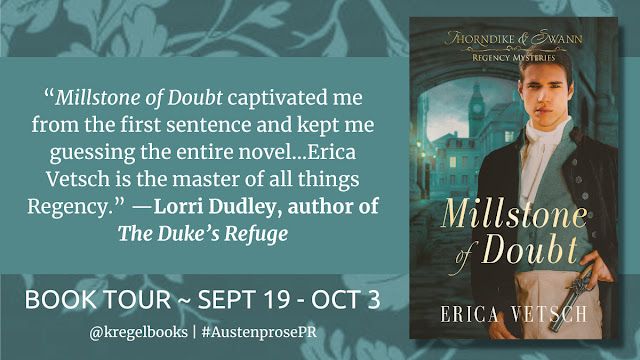