Book Review: Colonel Brandon in His Own Words by Shannon Winslow 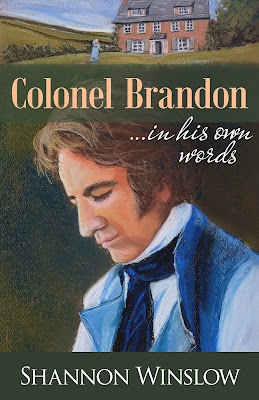 Colonel Brandon is the consummate gentleman: honorable, kind almost to a fault, ever loyal and chivalrous. He’s also silent and grave, though. So, what events in his troubled past left him downcast, and how does he finally find the path to a brighter future? In Sense and Sensibility, Jane Austen gives us glimpses, but not the complete picture.

Now Colonel Brandon tells us his full story in His Own Words. He relates the truth about his early family life and his dear Eliza – his devotion to her and the devastating way she was lost to him forever. He shares with us a poignant tale from his military days in India – about a woman named Rashmi and how she likewise left a permanent mark on his soul. And of course Marianne. What did Brandon think and feel when he first saw her? How did his hopes for her subsequently rise, plummet, and then eventually climb upwards again. After Willoughby’s desertion, what finally caused Marianne to see Colonel Brandon in a different light?

This is not a variation but a supplement to the original story, chronicled in Brandon’s point of view. It’s a behind-the-scenes look at the things Jane Austen didn’t tell us about a true hero, the very best of men.

The title of Jane Austen’s Sense and Sensibility is derived from the personalities of the two main female characters of the novel. Elder Elinor Dashwood is the sister of steady sense, whereas younger Marianne’s romantic and emotional sensibilities make her the less restrained of the two women. However, there is another character who could also be considered a person of measured sense, Colonel Brandon, the mature veteran who becomes besotted with young Marianne. He is the model of restraint and decorum, and Austen did not give her readers copious amounts of background information about him.

Full disclosure: I am ashamed to admit that I have not read Sense and Sensibility in its entirety. Like many modern Janeites, the bulk of my appreciation for this story comes from the visual adaptations of it, such as the 1995 movie and the 2008 TV miniseries. While these versions do divert from the source material somewhat, what remains consistent is that Colonel Brandon is somewhat of an enigmatic figure at times. He clearly has had trying experiences in his personal and professional past, and this influences how he comports himself in society. As author Shannon Winslow writes, he is a “staid, timeworn fellow.” Those who enjoy Sense and Sensibility (S&S) might wonder how this demeanor was developed. Certainly some of it was integral to his innate personality, but at the “advanced” age of thirty-five at the outset of the novel, surely his youthful experiences and time in the military had some measure of effect.

Shannon Winslow’s latest novel Colonel Brandon in His Own Words addresses this curiosity. She has indicated that she has not particularly altered the events of S&S, but has expanded upon them, giving readers insight into the inner workings of Brandon’s mind. His story is not told in strictly linear fashion. Winslow employs flashback stories, detailing the events of the Colonel’s past that led him to grow into the man who becomes enchanted by the lovely Marianne Dashwood. The events within S&S are fleshed out as well, as readers are given more material regarding the friendship between the unlikely pair that eventually become a romantic couple.

Because the pre-S&S episodes are mostly composed of completely new content from the mind of Shannon Winslow, she was free to expound upon Colonel Brandon’s past. I found those chapters to be particularly riveting. His efforts to be with his beloved Eliza at a young age, and his adventures during his days in India were captivating. Those two aspects of his history could have been an independent book on their own, with no mention of the Dashwoods at all. However, pairing these influential moments with Brandon’s present-day was an excellent way of showing the reader the manner in which he became the man he was. It was Marianne’s similarity to Eliza which drew him in initially. His “failure” to protect Eliza and others motivated him to come to the Dashwoods’ aid as well. All of these difficult life lessons are explained in Brandon’s first-person voice, with all his doubts and insecurities on display.

Winslow’s writing remains consistent with her previous works. Her tone is accessible, but she is adept with the 19th century vernacular and vocabulary. Her knowledge of cultural norms is evident, and while she is not heavy-hitting with her Christian faith, aspects of it are made clear at key points in the narrative. As such, the content is mature, but is also family-friendly. Tough issues are openly but carefully addressed, such as out-of-wedlock pregnancies, deadly religious rites in India and the habits of men who see women as commodities. There is no colorful language openly stated, and romantic scenes are satisfying but not steamy.

Colonel Brandon in His Own Words is an excellent examination of a man who has a complicated history. While circumspect on the outside, Brandon has been given a rich inner life by Shannon Winslow which is charmingly sentimental and spiritual. This character has always been known as a man of honor, but through Winslow’s vision of him we not only see why this is the case, but also how deeply that honor runs within. The sisters of Sense and Sensibility were originally given the spotlight by Austen, but in this new composition a worthy gentleman has been given his due, in a compelling manner to which I can offer my hearty endorsement. 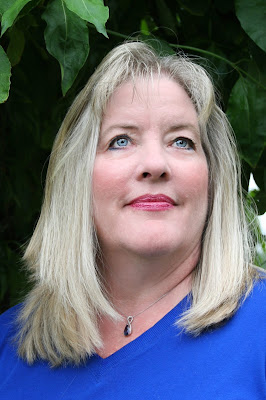 Winslow's 2011 debut novel, The Darcys of Pemberley, quickly become a best seller, praised for its authentic Austen style and faithfulness to the original characters. Eight more novels and a Jane Austen Devotional have since followed, with no end to her creative output in sight!

Her two sons now grown, Shannon lives with her husband in the log home they built in the countryside south of Seattle, where she writes and paints in her studio facing Mr. Rainier. Visit Shannon at her website/blog:  Shannon Winslow’s “Jane Austen Says..." and follow her on Facebook and Instagram.