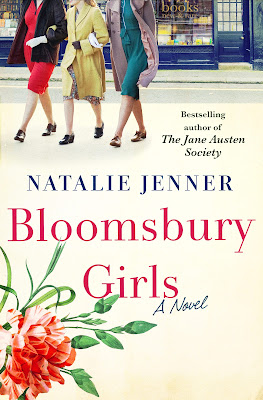 Natalie Jenner, the internationally bestselling author of The Jane Austen Society, returns with a compelling and heartwarming story of post-war London, a century-old bookstore, and three women determined to find their way in a fast-changing world in Bloomsbury Girls.

Bloomsbury Books is an old-fashioned new and rare bookstore that has persisted and resisted change for a hundred years, run by men and guided by the general manager's unbreakable fifty-one rules. But in 1950, the world is changing, especially the world of books and publishing, and at Bloomsbury Books, the girls in the shop have plans:

Vivien Lowry: Single since her aristocratic fiancé was killed in action during World War II, the brilliant and stylish Vivien has a long list of grievances--most of them well justified and the biggest of which is Alec McDonough, the Head of Fiction.

Grace Perkins: Married with two sons, she's been working to support the family following her husband's breakdown in the aftermath of the war. Torn between duty to her family and dreams of her own.

Evie Stone: In the first class of female students from Cambridge permitted to earn a degree, Evie was denied an academic position in favor of her less accomplished male rival. Now she's working at Bloomsbury Books while she plans to remake her own future.

As they interact with various literary figures of the time--Daphne Du Maurier, Ellen Doubleday, Sonia Blair (widow of George Orwell), Samuel Beckett, Peggy Guggenheim, and others--these three women with their complex web of relationships, goals and dreams are all working to plot out a future that is richer and more rewarding than anything society will allow.

Natalie Jenner’s The Jane Austen Society was a delightful read in June of 2020, and her follow-up novel, Bloomsbury Girls does not disappoint. Once again Jenner has brought to her readership a wide cast of amusing characters, excellent storytelling and unexpected literary touchstones. While there are characters and narrative details which are tied to The Jane Austen Society, this second work stands on its own well enough that newcomers could easily begin with this title. That said, understanding the background of some individuals would increase the reader’s enjoyment.

A predominant connective character is Miss Evie Stone, a meek and young lady who not only played a pivotal role in The Jane Austen Society, but in her own quiet way is a heroine in the lives of the other women in Bloomsbury Girls. In Miss Stone we find a recurring theme of the novel: the desire for more. Evie is a graduate of Cambridge, yet finds herself toiling away as a mere book cataloguer. She has dreams for the future, but it is unclear whether they can be realized. In the same vein, her co-workers within the Bloomsbury bookshop often exhibit variations of the same yearning. The women are often inhibited by the patriarchal mores of society and the rules-bound bookshop itself. Some of the men also long for more, but various forces keep them hemmed in behind desks or in particular employment roles. As these individuals are finding their way in post-WWII London in the beginning months of 1950, the wheels of change begin to turn, and the adjustments which occur do not always run smoothly.

Natalie Jenner’s writing in The Jane Austen Society was enjoyable, but her skill has increased in the last two years. Her ability to weave a story, execute a turn of phrase and surprise this reader was simply enchanting. As a book lover, I highly enjoyed the literary cameos, with one in particular surprising me so much, I audibly cheered with glee when they emerged.  The concept of Bloomsbury Girls is a simple one, but I was riveted from one chapter to the next. Many passages have been highlighted, with memorable quotes saved for future reading.

From a content standpoint, conservative readers can be aware that the “adult” material is approximately the same as was seen in The Jane Austen Society. There are a couple of bedroom scenes between two unmarried persons, but details are spare. Two men are in a secret relationship, but this element is not at the forefront. There is another thread regarding a married person, but I hesitate to give more details because of the “spoiler factor.” It may be sufficient to say that Jenner could have been much more colorful in the descriptions of all her adult relationships and the language that they used, but the strength of her storytelling did not necessitate this, and I appreciate her discretion.

Once again as I read Jenner’s work, I endeavored to assign “Hollywood casting” to the characters in the story. In this case the individuals that were chosen did not necessarily match the book characters perfectly in age or appearance, but sometimes were chosen because of the nature of their personalities. Evie Stone was once again “played” by Downton Abbey’s Sophie McShera. Juno Temple of Ted Lasso inhabited Viven Lowry, as did her co-star Nick Mohammed in the character of Ash Ramaswamy. Rachael Stirling of The Bletchley Circle was Grace Perkins. Actor Paul Bettany was Lord Jeremy Baskin. Dan Stevens, also of Downton Abbey, was Alec McDonough. There are other “casting” assignments, but in an effort to preserve the surprise of their appearances in the story, I will not reveal them here.

In addition to reading the text, I also supplemented it by listening to the audiobook version. I must admit, when I learned that Richard Armitage would not be returning for this second title, there was disappointment. I enjoyed his performance in The Jane Austen Society very much. However, narrator Juliet Stevenson has done masterful work in Bloomsbury Girls. Having a feminine voice for such a female-dominated story was really the right choice. She did have to portray male characters and did a fine job with this, but having a woman represent the majority view of the book made sense. I applaud the change in actors. If you'd like to listen to excerpt, it is available HERE.

As a lover of books, book stores, and libraries, I highly enjoyed Bloomsbury Girls. It is not only a story of female empowerment, but it is a love letter to the literary and academic world. One of my favorite quotes from the novel holds true: “All great writing comes from a desire to escape, but you have to know what you are escaping to. The audience will follow anything you do if they are confident you know where you are going.” In Bloomsbury Girls Natalie Jenner knows where she is going, and she is leading her readers into a delightful story of yearning and fulfillment. 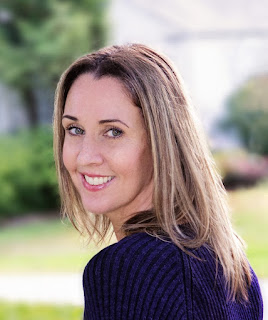 About the Author
Natalie Jenner is the author of the instant international bestseller The Jane Austen Society and Bloomsbury Girls. A Goodreads Choice Award runner-up for historical fiction and finalist for best debut novel, The Jane Austen Society was a USA Today and #1 national bestseller and has been sold for translation in twenty countries. Born in England and raised in Canada, Natalie has been a corporate lawyer, career coach and, most recently, an independent bookstore owner in Oakville, Ontario, where she lives with her family and two rescue dogs. Visit her website to learn more. 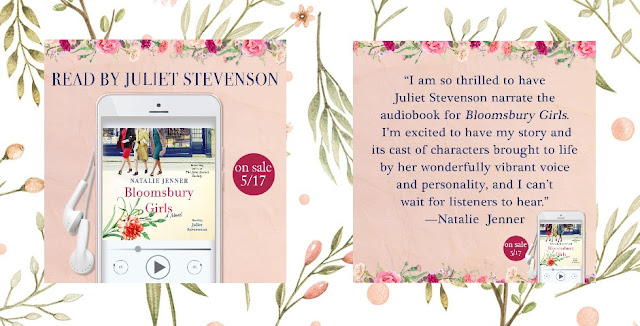 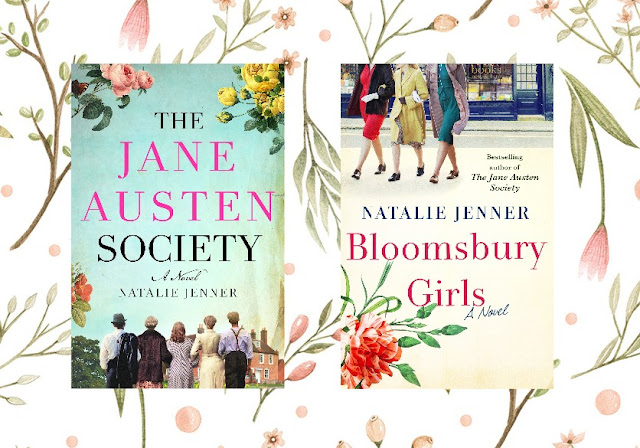 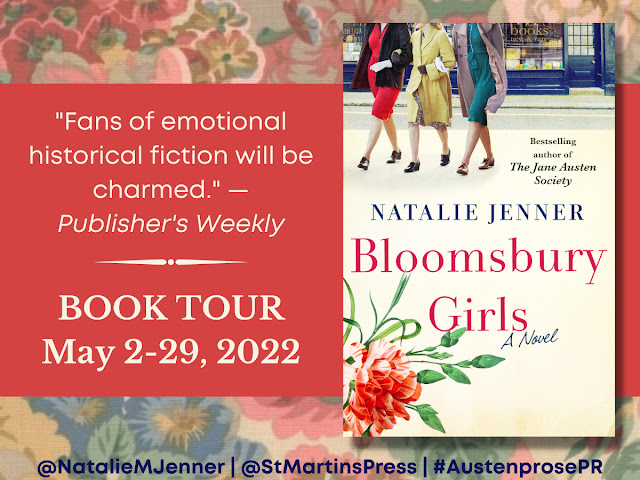