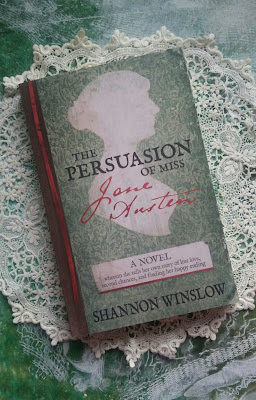 What if the tale Jane Austen told in her last, most poignant novel was actually inspired by momentous events in her own life? Did she in fact intend Persuasion to stand forever in homage to her one true love?

While creating Persuasion, Jane Austen also kept a private journal in which she recorded the story behind the story - her real-life romance with a navy captain of her own. The parallel could only go so far, however. As author of her characters' lives, but not her own, Jane Austen made sure to fashion a second chance and happy ending for Anne and Captain Wentworth. Then, with her novel complete and her health failing, Jane prepared her simple will and resigned herself to never seeing the love of her life again. Yet fate, it seems, wasn't quite finished with her. Nor was Captain Devereaux.

The official record says Jane Austen died at 41, having never been married. But what if that's only what she wanted people to believe? It's time she, through her own private journal, revealed the rest of her story.

Like many Janeites, Pride and Prejudice is my favorite of Jane Austen’s main writings. However, coming in a close second is her posthumously-published Persuasion. The tale of unrequited love, finally resolved after many years has captured my attention for quite some time. In my opinion, Captain Wentworth’s letter to Anne Elliot is by far the best literary epistle in the English language. When author Shannon Winslow published The Persuasion of Miss Jane Austen almost seven years ago, I added it to my TBR list, but was not able to read it until recently. Even so, it was read in small installments, as I am also in graduate school with other reading assignments. However, there were many nights when I would enjoy a chapter of this title before bed, or I’d listen to a few minutes of the audiobook version while driving around town.

Although it took me a while to read, that is not an indication of any lack of interest. In fact, as I neared the end of the novel, I was ensconced in writing a term paper, unable to write this review just yet. I honestly didn’t want the story to end, it was so delightful. I dragged out its completion, both wanting my thoughts to be fresh for this critique, but also desiring to enjoy the book as long as possible.

I don’t want to offer any spoilers, but given the general premise of the novel, it’s a given that author Shannon Winslow has taken some literary license with the life of Jane Austen. However, she has done so in a way I truly didn’t expect. I suppose if I’d been paying closer attention to certain details when the book was first published, when it was being promoted online, I would have picked up a particular plot device. I’m glad that I did not— The Persuasion of Miss Jane Austen was more of a treat than I had anticipated. Even up to the final chapters, Winslow kept me guessing as to the outcome of the story. The conclusion was satisfying and believable.

I also appreciated Mrs. Winslow’s ability to write as a Christian author. She incorporates her faith into the narrative in a way that doesn’t feel forced. It’s more subtle, while still potent. The main characters are certainly in love and so exude that passion, but the story is written in a way that is appropriate for all audiences. I could recommend this title to anyone.

Shannon Winslow has given a fine gift to Janeites and lovers of Persuasion. I appreciated the manner in which she interwove the fictional source material into the novel, making Jane’s story very much Anne’s story too. Many fans of Miss Austen have often wished for a different ending to her life, and in The Persuasion of Miss Jane Austen we are granted just such a wish. In my mind I’m going to pretend that it’s all true. Shannon Winslow has merely revealed it to us all to enjoy. 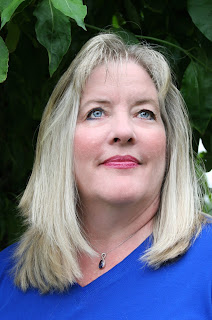 Winslow's 2011 debut novel, The Darcys of Pemberley, quickly become a best seller, praised for its authentic Austen style and faithfulness to the original characters. Eight more novels and a Jane Austen Devotional have since followed, with no end to her creative output in sight! Her next novel, Fitzwilliam Darcy: In His Own Words is scheduled for publication in May 2021.

Her two sons now grown, Shannon lives with her husband in the log home they built in the countryside south of Seattle, where she writes and paints in her studio facing Mr. Rainier. Visit Shannon at her website/blog:  Shannon Winslow’s “Jane Austen Says…” and follow her on Facebook and Instagram.

Shannon has graciously offered a copy of The Persuasion of Miss Jane Austen to one of our US readers! You may choose between a signed paperback or Kindle copy. The contest is open to those with a US mailing address. Please fill out the Rafflecopter widget below to be eligible to win. The only required element for entry is an email address so that we may contact you if you are the winner. Entries accepted until 12am EST on April 22, 2021. Best wishes to all the entrants!