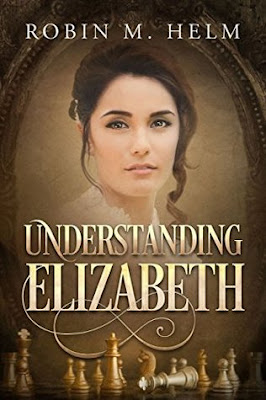 Mr. Darcy is tempted beyond what he can endure when Elizabeth Bennet leaves her private journal entries in the parlour of Netherfield. Upon reading her writing, he is appalled to find that she overheard his unflattering remarks at the Meryton Assembly and despises him for his thoughtless comments. He wishes with all his heart that he could undo the damage.

During a restless sleep, he dreams of two powerful beings who can give him his heart's desire - Elizabeth's admiration, respect, and love.

Will he take the offer to change the past so that he never makes the offensive statement? Will he make a deal with the Devil, or is the price too dear?

What would you do to get exactly what you want? How much would you be willing to pay?


For more than five years, author Robin M. Helm has been a unique voice in the Austenesque community. In her Guardian trilogy, she offered a supernatural twist on Pride and Prejudice, imagining some of Austen’s characters as spiritual creatures, with Darcy as Chief of Guardian Angels. Her next series, Yours by Design imagines Darcy as a historical figure who is magically transported forward in time, taking on the life of another Darcy in the 21st century. In her latest work, Understanding Elizabeth, there is an element of spirituality involved, but for the most part the tale is firmly grounded in Austen’s world of Pride and Prejudice.

Unlike her previous novels, Robin Helm stays securely in Austen’s time period and also retains many of the same plot points as in Pride and Prejudice. She is able to make the story very much her own, however. New details and scenes are injected, such as Darcy and Elizabeth enjoying diverting chess games together, and Darcy’s discovery of some of Elizabeth’s personal writings. In addition to this new narrative content, Helm also adds a spiritual component. On occasion the reader is privy to Darcy’s dreams, wherein he encounters an angel of light and a demon of darkness. During these times of lucid unconsciousness, Darcy is presented with the opportunity to change the past. As he regrets some unflattering statements that he made at the Meryton Assembly, a part of him wishes he had never uttered those words. He regrets hurting Elizabeth’s feelings, and he knows that it was his poor attitude that night which tarnished her perception of him.

While this supernatural element is certainly part of Understanding Elizabeth, it is not as dominant as I thought it would be. Helm brings about these interactions with the angel and demon only occasionally, leaving the Austenesque content to be the dominant story line. Indeed, the writing throughout the novel is strong enough that the spiritual component could have easily been left out, and the resulting work would have been just as enjoyable. On the other hand, without the angel and demon, Understanding Elizabeth would not have this unique storytelling device to give Darcy’s character more depth. Through these dreams we are able to see how he wrestles with his past, and how he chooses to go forward with his life.

As mentioned, this is Robin Helm’s seventh published title, a stand-alone novel after her two trilogies. While I have enjoyed her work previously, I found Understanding Elizabeth to be her strongest writing to date. She is well suited for the 19th century/Austenesque genre, incorporating good research and history into her enjoyable narrative. As a Christian, I appreciated the interjection of the spiritual element, but those not of that religious persuasion can still take in the novel without feeling alienated. The inner struggle that Darcy endures is one common to all of us, regardless of our religious affiliation. How often have we all wished we could go back and retract words or actions in our past? How often do we speak before we think? This is a common malady known to all of us, which makes Helm’s Darcy very relatable.

Robin Helm continues to grow as a writer, and I’m happy to offer my recommendation to Understanding Elizabeth. Austenesque fans will be quite pleased with this work, as it presents a fresh take on Pride and Prejudice in an entertaining new way. For those of you who are new to this genre or to Robin Helm’s work, Understanding Elizabeth is a great place to start.

Author Robin Helm has generously offered a giveaway to our readers! For our U.S. domestic participants, one winner may have their choice of ANY one Robin Helm novel, either paperback or Kindle.  For one international participant, they may choose any one of her titles on Kindle.  The contest will be open until 12am EST on Saturday, June 10, 2017. Please utilize the Rafflecopter widget below to enter.  Good luck!


Contest Update:  It has been noted by a contestant that the Rafflecopter is not always "recognizing" members when they come back on subsequent days for bonus entries (like the daily Twitter credit). Rest assured that all entries are being counted by the system, so if you return on a later date to get your daily Twitter credit, you don't need to re-enter things like "Facebook Group Member", which is only going to count once.  If the Rafflecopter does not recognize you on a subsequent day, be sure to enter your contact information (so I know it's you) before listing your daily tweet.  Before I run the raffle at the end of the contest period, I will make sure that any unnecessary duplications will be deleted.  If you have any questions, feel free to contact me at CalicoCritic@gmail.com.  Thanks for participating! 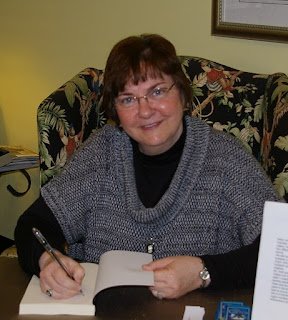 Robin M. Helm is the author of a modern Christian fantasy fiction series, The Guardian Trilogy, which includes Guardian, SoulFire, and Legacy. She has also published the Yours by Design series, a Christian Regency/Modern Romance with a paranormal element. Accidentally Yours, Sincerely Yours, and Forever Yours are all available for purchase in both e-book and print formats.

Mrs. Helm shares a blog, Jane Started It, with the other writers of the Crown Hill Writers' Guild, and is one of the founders and administrators of BeyondAusten.com, a website for readers with common interests. She also has published three Regency short stories, "First Kiss," "The Prize," and "Treasure Chest," which can be read on Jane Started It on her author's page or at BeyondAusten.com. She has one husband, one granddaughter, two daughters, two sons-in-law, four family dogs, five part-time jobs, and six published books.

Mrs. Helm is the Associate in Music and Music Academy Director at her church, the interim choir director, a piano teacher, and an elementary music teacher. She formerly taught high school English.

She graduated with a BA from Piedmont International University. She is a member of the Delta Epsilon Chi honor society, the American Legion Auxiliary, JASNA, and the scholarship faculty of the United States Achievement Academy.

Posted by Laura Hartness at 2:42 PM