Review and Giveaway: The Fate of the Tearling by Erika Johansen 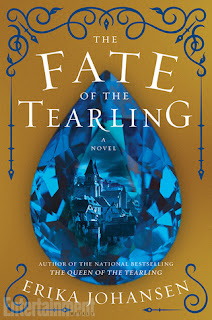 In less than a year, Kelsea Glynn has transformed from a gawky teenager into a powerful monarch. As she has come into her own as the Queen of the Tearling, the headstrong, visionary leader has also transformed her realm. In her quest to end corruption and restore justice, she has made many enemies—including the evil Red Queen, her fiercest rival, who has set her armies against the Tear.

To protect her people from a devastating invasion, Kelsea did the unthinkable—she gave herself and her magical sapphires to her enemy—and named the Mace, the trusted head of her personal guards, Regent in her place. But the Mace will not rest until he and his men rescue their sovereign, imprisoned in Mortmesne.

Now, as the suspenseful endgame begins, the fate of Queen Kelsea—and the Tearling itself—will finally be revealed.

While the world of the Tearling does broaden and deepen in many ways, I felt that the story took a turn down a dark alleyway and never really returned.  Almost every aspect of the tale became difficult and shadowed, with dark magic, revenge, cruelty and coldness abounding throughout almost every corner.  I did still find the story compelling and the characters interesting, but more often than not, I found myself enduring the fantasy tale, rather than purely enjoying it.

Like many characters in the world of the Tearling, main character Kelsea longs for “a better world” with little to no crime, negligible violence, employment for all, great medical care for all. While she aspires to a utopian society, she knows it would never be perfect, but she strives for a better world nonetheless.  Sometimes she makes grievous mistakes, but at her core she wants what’s best for her kingdom.  She also longs to be truly known and loved, as we all do. Like many of Johansen’s characters, she is very human while still inhabiting magical qualities.

It was Kelsea’s likeability that kept me hanging on throughout the story. I truly wanted to observe her (and her kingdom’s) fate as she strove for that better world, fighting against cruel, dark forces that ran rampant throughout history.  Kelsea’s quest, as well as the quests of like-minded people in her world, was a difficult one, and as a reader I frequently felt like I was being pulled into a dark hole to observe torturous events that may or may not turn out in a glorious ending.

I wouldn’t characterize my opinion of the novel as purely negative. Johansen did keep my attention throughout, and her writing is very strong.  I just felt that the content continued down a dark path that I became weary of after so many hundreds of pages. I needed a bit more light, and a bit less darkness in the world of the Tearling. And although there was a brief redeeming moment toward the conclusion of the book, I also tired of the horribly poor image of the church. As mentioned in my previous reviews, the Christian church seen in the Tearling is so far removed from what Christ intends, and unfortunately close to what many people see the church to be today.  While I concede that the Body of Christ is not perfect, it has been my overwhelming experience that Christianity is a blessing to the world, and not something to despise or virtually extinguish from society.  This is not to say that I was offended by the portrayal. I understand that the church has meant many things to believers and non-believers alike over the centuries, and it has had its share of missteps along the way.  I just became fatigued with its horrible role in that fictional civilization.

Overall, I would say that my impression of the series as a whole is a moderately positive one. The Invasion of the Tearling was particularly interesting, and I loved how the world opened up into multiple timelines and perspectives.  It is certainly a magical tale, one that yearns for that better world, one that we all hope for one day.  The Tearling series truly speaks to the fact that we were all created for a better place.  Unfortunately, we live in a fallen world, surrounded by imperfect people with innumerable passions and ambitions.  As a Christian I know that this “better world” is still ahead of us, and I do look forward to it myself.  In the meantime, we all can be like Queen Kelsea, doing our best to bring as much of that better world into our current existence, within our own personal kingdoms, one day at a time.


Giveaway:  The Invasion of the Tearling

(US Entrants Only)
a Rafflecopter giveaway

Learn more about The Fate of the Tearling HERE 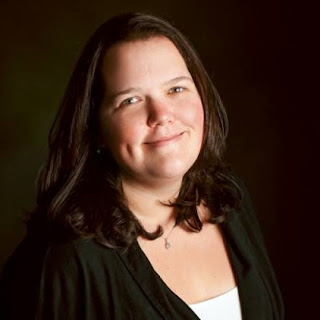