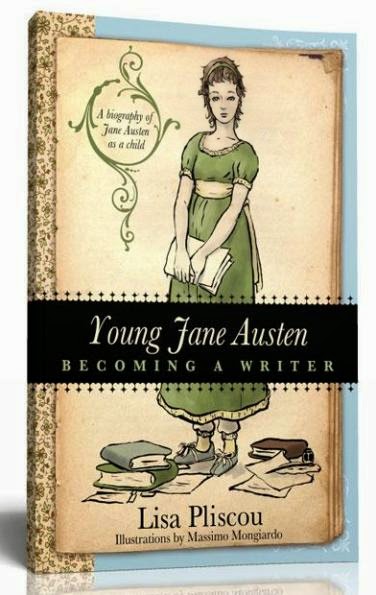 Today I'm pleased to welcome writer and guest poster Lisa Pliscou. She has a fascinating new title available, and today she is visiting The Calico Critic to share a few thoughts on the young Jane Austen, as well as offer a nice giveaway. Thanks to Lisa for such an intriguing essay, and for the contest as well!

What Jane Read: A Turning Point

I’m really excited to be here, and to share with you a little bit about my upcoming book, Young Jane Austen: Becoming a Writer, a new biography for adults which focuses on Austen’s childhood, her creative development, and the intriguing connections to her mature work.

The first part of Young Jane Austen is made up of 20 short chapters, each one highlighting a significant event in Jane’s early years, and each one illustrated by the artist Massimo Mongiardo.

When Jane Austen was eleven, her formal schooling — which entailed two stints in boarding schools, neither of which it seems she particularly enjoyed — ended. But once again established at home, she was fortunate to have the run of her family’s unusually extensive collection of books, as well as the library of her neighbors, the Lefroys, to which she is said to have free access. By all reports, the young Jane was a voracious reader, and omnivorous in her tastes: poetry, plays, novels (both elevated and trashy), sermons; essays about manners, society, life; books about history and books about travel.

Thinking of this, I was fascinated to read an article in The Atlantic called “Secrets of the Creative Brain,” in which neuroscientist Nancy C. Andreasen comments, “Many creative people are autodidacts,” thriving in an environment in which they can pursue their interests at their own pace.

And in his insightful book Creativity: The Psychology of Discovery and Invention, Professor Mihaly Csikszentmihalyi says:

“You cannot transform a domain unless you first thoroughly understand how it works. . . . the old Italian saying seems to apply: Impara l’arte, e mettila da parte (learn the craft, and then set it aside). One cannot be creative without learning what others know, but then one cannot be creative without becoming dissatisfied with that knowledge and rejecting it (or some of it) for a better way.”

What spot-on descriptions of the young Jane!

Not only did Jane have hundreds of books available to her, she also belonged to a family that was lively and intellectual — one in which people not only read, they wrote, too. A great many letters came and went; Mr. Austen, a rector, wrote sermons, and Mrs. Austen, witty, sometimes acerbic poetry. Jane’s older brothers wrote essays and poems, as well as bits and pieces of plays.

So it is, perhaps, not totally surprising that around age 11 or 12 Jane shifted from being a passive reader to a more critical, responsive one. Still, what a huge shift it was, and particularly so given her age!

She began writing little notes in the margins of books — little comments — when she found something that seemed silly, misguided, or outright wrong to her.

For example, in a history book that favored the Tudor queen Elizabeth over the Scots queen Mary Stuart, Jane wrote firmly, No. No. A Lie. And: Another lie.

At some point in her youth, Jane wrote up several imaginary marriages for herself in her father’s parish register. How fun to see the names “Fitzwilliam” (Mr. Darcy’s first name in Pride and Prejudice) and “Edmund” (as in Mansfield Park’s love interest Edmund Bertram) show up. It’s easy to imagine kind, indulgent Mr. Austen laughing at young Jane’s literary prank!

And going back even earlier, Jane had a French textbook given to her when she was eight. In it, many years later, we see — in a child’s scrawl and presumed to be Jane’s — the decidedly non-academic sentences Mothers angry fathers gone out and I wish I had done.


I find these anecdotes charming, and very moving and exciting and well. These pranks, these scribbles, represent Jane’s very first “baby steps” in her journey toward becoming a writer. She is becoming dissatisfied, as Csikszentmihalyi describes it; she has begun to transform her domain.

Something as small, as simple, as decisive as No. No. A Lie: in these few words we can glimpse the promise of the brilliant writer she is soon to become. 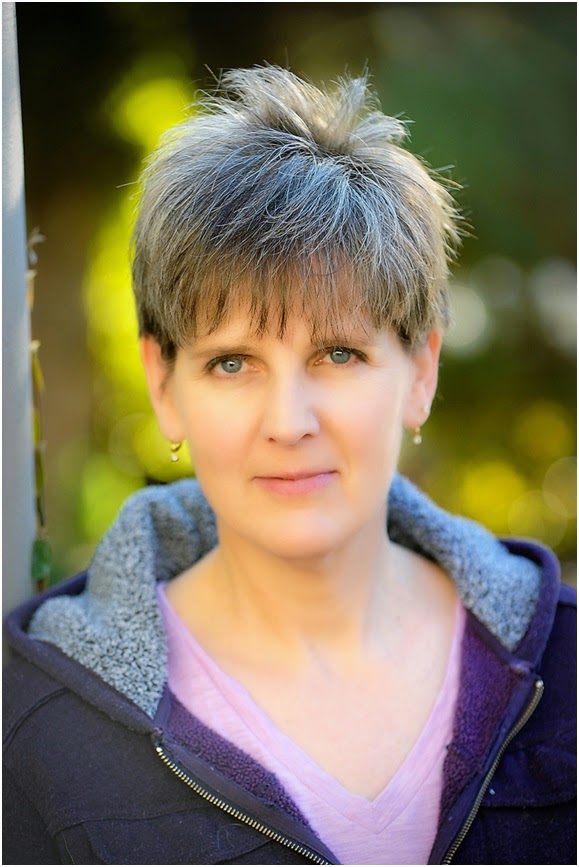 Lisa Pliscou is an acclaimed author of both fiction and nonfiction — funny, thought-provoking, educational, inspiring — for adults and children, with a highlight on the coming-of-age experience.

Her work has been praised by the Wall Street Journal, the Los Angeles Times, the Chicago Sun-Times, Publishers Weekly, Booklist, the Associated Press, The Horn Book, and other media.

Her forthcoming book, Young Jane Austen: Becoming a Writer, is a biography for adults that’s sure to intrigue anyone interested in Jane Austen, in writing and the creative process, and in the triumph of the artistic spirit.

“Like the very best of books, Young Jane Austen exists well beyond labels,” says Beth Kephart. “It is an empathetic biography and an empathic search, a reflection on a singular person and an engaging, universal treatise on creative fervor.”

Also coming next year is a new edition of Lisa’s first novel, Higher Education, praised by David Foster Wallace, Mary Robison, Tara Altebrando, and others, with a new afterword by Jeff Gomez.

As well as being an author, Lisa worked for many years “on the inside” in the publishing field. After graduating with honors from Harvard University with a degree in English and American Literature and Language, she went on to employment in top-tier publishing houses in NYC, including Random House and the Penguin Group, where she served as managing editor of the adult division at Viking Penguin and as a senior editor for Viking Children’s Books. She’s also been a longtime independent editor, and helped create and manage courses at Stanford University’s innovative, world-renowned publishing program.

A native Californian who’s lived all over the country, Lisa has recently returned to her home state, settling happily in the Sacramento area with her family.