Block Post Update: I'm not sure why this was republished on August 17, 2015. My apologies for any confusion. If you haven't checked out this series yet though, it's a good one! 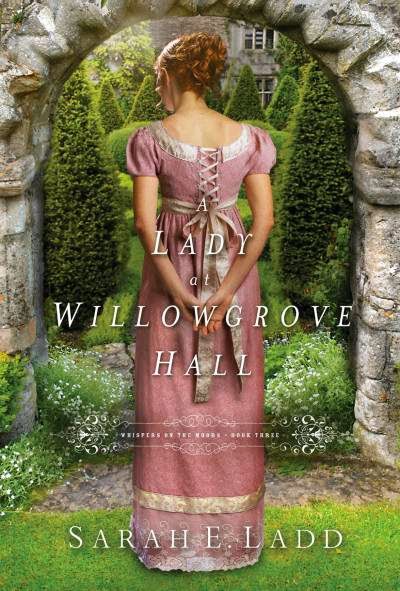 Her secret cloaks her in isolation and loneliness. His secret traps him in a life that is not his own.

Cecily Faire carries the shame of her past wherever she treads, knowing one slip of the tongue could expose her disgrace. But soon after becoming a lady’s companion at Willowgrove Hall, Cecily finds herself face-to-face with a man well-acquainted with the past she’s desperately hidden for years.

Nathaniel Stanton has a secret of his own—one that has haunted him for years and tied him to his father’s position as steward of Willowgrove Hall. To protect his family, Nathaniel dares not breathe a word of the truth. But as long as the shadow looms over him, he’ll never be free to find his own way in the world. He’ll never be free to fall in love.

When the secrets swirling within Willowgrove Hall come to light, Cecily and Nathaniel must confront a painful choice: Will they continue running from the past . . . or will they stand together and fight for a future without the suffocating weight of secrets long kept?


The Whispers on the Moors series continues with Sarah E. Ladd’s A Lady at Willowgrove Hall. As with the previous volume The Headmistress of Rosemere, this novel has ties to its predecessor, but it can very much stand alone. And like the other titles, it features a strong, yet accessible leading lady. Cecily Faire is an excellent character, drawing me in with her vulnerability, and the dramatic events of her past. The novel opens with a pivotal moment in her life, one that was in some ways romantic, but for the most part was quite striking and heart rending. The pain and rejection in this girl’s heart was very tangible, establishing her as a young lady that readers could care about.

After Willowgrove Hall’s powerful opener, I settled in for the rest of the story, getting to know many delightful characters, both charming and despicable. I initially thought that the mistress of Willowgrove, Mrs. Trent, would mirror Jane Austen’s Lady Catherine de Bourgh, but I eventually came to see her as a much more amiable lady. Her steward, Nathaniel Stanton, was such a charming young man, but in a soft-spoken, humble way that made him even more interesting. The chemistry between him and Cecily was delightful, fresh and clean, reminding me of my early days with my husband, when we were getting to know one another for the first time. Ladd’s descriptions of their feelings unearthed sweet memories of decades gone by, when just seeing a new love interest enter a room would bring such excitement to heart. I also enjoyed Cecily’s interactions with the members of the Stanton family. Her time with them brought on such a cozy feeling, one that Cecily so longed for and richly deserved.

A main theme of the novel was the concept of hidden secrets, and how opening one’s heart to another requires trust—enough trust to share those moments of the past that had been hidden for years, if not decades. As Cecily feels that allowing herself to love and trust another man would be a frustrating exercise in futility, and she resists any revelation of her past mistakes or divulgement of certain offenses committed against her by those she loved. Likewise, Nathaniel is very much a closed book in particular areas of his life. Unlike Cecily, he doesn’t necessarily have personal regrets, but he does have confidential information that he would rather keep close to the vest, if for no other reason than to protect his family. As such, he denies himself the possibility of love with anyone, lest he come to trust them and reveal too much.

I enjoyed the tale that Sarah E. Ladd has woven here in A Lady at Willowgrove Hall. The Regency feel is much more apparent than in The Headmistress of Rosemere, but it is not in any way stuffy or difficult to read. As Cecily makes her way into the world, I was pleased with the way she recognized proper etiquette, and she was determined to try to play the part of a lady. Her antagonist could be quite a contemptible man, but I liked how Ladd softened him a bit at the end, showing that he wasn’t quite evil through-and-through. He provided an interesting twist to Cecily’s life at Willowgrove, bringing in tension in a way I hadn’t expected at the novel's outset.

Nathaniel is just delightful. I imagined an English version of Tom Welling (of Smallville fame) in my mind. He was handsome, strong, but a man of integrity and family honor. Cecily also cherishes family, and there is a sub plot involving her twin sister that was very sweet and poignant. Other American actors came to mind as well: I imagined Cecily as a younger, curlier-haired version of Jessica Chastain, with her almost-identical twin sister, Bryce Dallas Howard.

Along with the rest of the cast of characters, A Lady at Willowgrove Hall has added another lovely episode to the Whispers on the Moors series. I don’t know if there will be future Whispers titles, but I do hope that Sarah E. Ladd will continue to occupy the Regency era in her writing. And it looks like she will be doing just that, with her upcoming title,The Curiosity Keeper,

due for publication in July 2015. I enjoy stepping into her vision of that period, and look forward to more from this talented author.

Triple Giveaway!
The Whispers on the Moors Series! 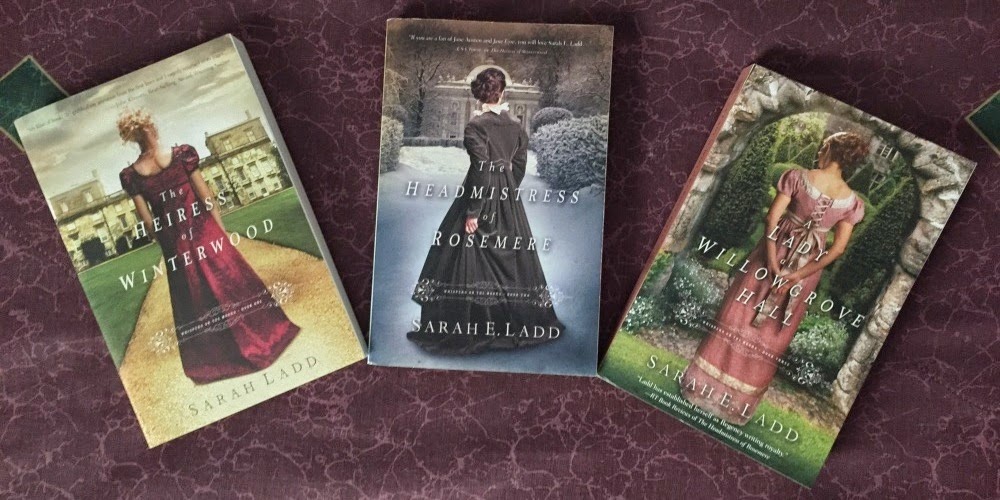 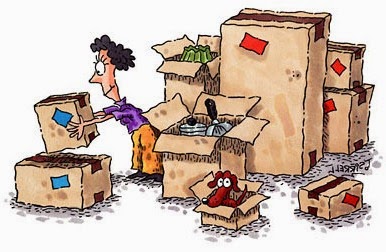 My family is in the midst of preparing to move out of state.  We're packing up our things in Savannah and moving to Greensboro, NC at the end of the year.  It's time to trim down my library a bit. I've enjoyed the Whispers on the Moors series so far, and can't bear to just throw them into the Salvation Army pile that's growing in my closet. I want to make sure these books get to someone who appreciates them. Please note that these are gently-read review copies, sent to me with no monetary profit in mind.  So if you ever decide to part with them yourself, I would ask that you donate or give them away. Please do not sell them for monetary gain.

My apologies to our international readers, but I need to make this one available to U.S. mailing addresses only.

The contest period ends at 12am EST on Tuesday, December 16th, also known as Jane Austen Day. The Whispers on the Moors novels are set in early 19th century England, around the same time period as Austen's works.

Good luck to all of the participants, and thanks for entering! 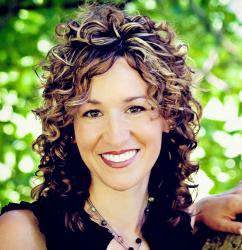 Sarah E. Ladd has more than ten years of marketing experience. She is a graduate of Ball State University and holds degrees in public relations and marketing. The Heiress of Winterwood was the recipient of the 2011 Genesis Award for historical romance and a finalist in the Debut Author category of the 2014 Carol Awards. The second book in the series, The Headmistress of Rosemere (2013), was on the ECPA best-seller list for several months. Sarah lives in Indiana with her amazing husband, sweet daughter, and spunky Golden Retriever.

Find out more about Sarah at http://www.sarahladd.com.