Book Review & Giveaway: The Sinners and the Sea: The Untold Story of Noah's Wife

The young heroine in Sinners and the Sea is destined for greatness. Known only as “wife” in the Bible and cursed with a birthmark that many think is the brand of a demon, this unnamed woman lives anew through Rebecca Kanner. The author gives this virtuous woman the perfect voice to make one of the Old Testament’s stories come alive like never before.

Desperate to keep her safe, the woman’s father gives her to the righteous Noah, who weds her and takes her to the town of Sorum, a haven for outcasts. Alone in her new life, Noah’s wife gives him three sons. But living in this wicked and perverse town with an aloof husband who speaks more to God than to her takes its toll. She tries to make friends with the violent and dissolute people of Sorum while raising a brood that, despite its pious upbringing, develops some sinful tendencies of its own. While Noah carries out the Lord’s commands, she tries to hide her mark and her shame as she weathers the scorn and taunts of the townspeople.

But these trials are nothing compared to what awaits her after God tells her husband that a flood is coming—and that Noah and his family must build an ark so that they alone can repopulate the world. As the floodwaters draw near, she grows in courage and honor, and when the water finally recedes, she emerges whole, displaying once and for all the indomitable strength of women. Drawing on the biblical narrative and Jewish mythology, Sinners and the Sea is a beauti­fully written account of the antediluvian world told in cinematic detail. 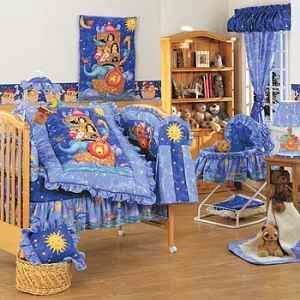 Like many children growing up in a Christian household, the story of Noah and the Ark was probably one of the first Biblical tales I heard growing up.  This portion of the book of Genesis has always seemed well-suited for children. As a first time mother in 2000, I chose it as the theme to my firstborn’s nursery, and later used it for my second child. There is the amazing multitude of animals, all coming into a huge ship in pairs.  Everyone on board is kept safe from a cataclysmic flood, which ends with a lovely rainbow of promise at the end. Everyone aboard lives happily ever after, with few complications for children to consider, right?  This may be the case, but as an adult I can now see more to the story.  Untold thousands (or millions) perished in a horrific flood, while Noah and his family survived in a vessel filled with malodorous creatures, built with the knowledge that almost all of earth’s population would be wiped out. True, the story of Noah and the Ark is one of triumph and victory at its conclusion, but the journey that must be taken to arrive at that point is not a pretty one.

In Sinners and the Sea, debut author Rebecca Kanner examines the tale from a completely new viewpoint: that of Noah’s unnamed wife.  Many have never given this historical character much thought, but Kanner grabs us by the chin and directs our gaze upon a woman who may have seemed unworthy to even have her name mentioned, but she is truly the mother of all of us.  A second Eve if you will.  Think about it—had Noah climbed onto the Ark with no wife, no children, he would have been the lone human on earth.  The Lord kept a remnant of our species going through the children of this one couple, Noah and his wife. We may know a good bit about Noah, but there is much to be learned about the woman who bore his children.

As little is mentioned in the Bible about “Mrs. Noah”, Rebecca Kanner takes much literary license as she weaves her tale.  She smartly chooses to present the story from the first person perspective, thereby eliminating numerous, nameless third person references to this character. Noah’s bride comes in a form I never would have suspected—a rejected, scorned woman seemingly cursed from the day she was born, evidenced by a dramatic birthmark on her face.  In Sinners and the Sea, we meet Noah as a centuries-old man in search of a righteous, young wife.  He seems to find her in our main character, at the ripe “old” age of nineteen, willing to leave her acrimonious village to begin a new life with this incredibly old, mysterious man. Together they go on a journey that is in some ways familiar, yet in others completely new and surprising.

I found Kanner’s writing to be mesmerizing. The fact that she is a debut author with this title is amazing to me.  Her prose is incredibly compelling, giving me much more interest in this story than I ever thought possible.  For decades I have accepted that Noah’s society was depraved. This is what brought the destructive flood in the first place.  However, it was Sinners and the Sea which really made me consider how truly depraved society must have been for God to want to wipe almost all of us out.  The savagery and depth of sin must have been very deep indeed. Kanner’s depiction of this goes beyond anything I would have ever considered, but now that I’ve seen this perspective, I agree with the characterization of that society.  It brings to mind images of Lord of the Flies, yet with adults, and on a much bigger scale.

In recent years Noah has been garnering new attention.  Actor Russell Crowe has had success recently with his cinematic portrayal of this famous father.  At press time, Noah has pulled in over $330 million worldwide. This scriptural name is now the most popular name for boys in our country.  Something about him is drawing the spotlight in his direction, and rightly so. We have much to learn from his life story. While I do not see our culture as depraved as his, and I do trust in God’s promise to never destroy everything by another great flood, in many ways our society seems to be trending away from God’s teachings, leaning more towards what our human desires draw us to. I don’t believe every calamity in life comes from God, but I do believe we can make life harder on ourselves if we don’t follow His guidebook for our lives.  We are blessed with God’s printed word in ways never seen in Noah’s time.  Would that we would heed God’s voice in our lives much in the way Noah did.

A note to the Biblical scholars and conservatives out there:  As this is a novel, do not expect total scriptural accuracy.  Literary license is taken. There are moments that are not consistent with what is written in the book of Genesis.  There is also a decent amount of adult material, so young ones would not be the target audience.  However, the spirit of the original story and theme are certainly there, and the graphic nature of earth’s society at that time is probably close to accurate.  The depravity surely was at a remarkable level for total destruction to occur.  And Kanner's lead characters are very flawed individuals themselves.  God certainly showed His grace in allowing their salvation, much as He does today.

Regardless of your general interest in Judeo-Christian scriptures, Sinners and the Sea is a compelling, thought-provoking journey, centered on a remarkable woman who has deserved more attention than she has garnered over the millennia.  Rebecca Kanner has done a masterful work in highlighting this woman’s life,  telling a riveting story that will not soon be forgotten. In taking on this review, I assumed that I would enjoy this title at least to some degree, but I was surprised at how much I was taken in.  Sinners and the Sea is not to be missed, and is surely the launching point for a long and successful writing career for Rebecca Kanner. 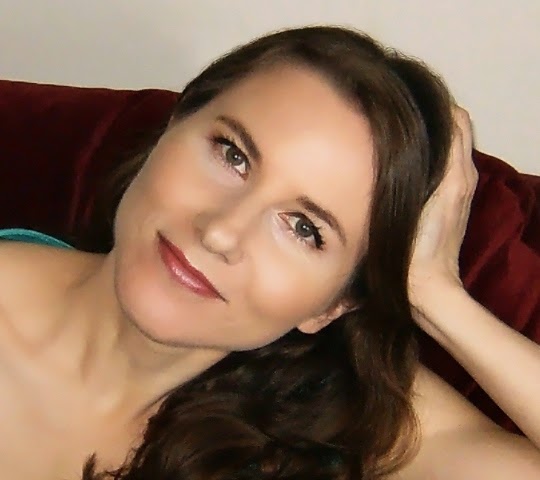 Sinners and the Sea is Rebecca Kanner’s debut novel. Rebecca is a Twin Cities native and holds a Master of Fine Arts in Fiction Writing from Washington University in St. Louis. Her writing has won an Associated Writing Programs Award, a Loft mentorship Award and a 2012/2013 Minnesota State Arts Board Grant. Her personal essay, “Safety,” is listed as a Notable Essay in Best American Essays 2011. Her stories have been published in numerous journals including The Kenyon Review and The Cincinnati Review. Along with other authors including Anita Diamant, Michael Cunningham, Joyce Carol Oates, Russell Banks and Ron Hansen, Rebecca will be featured in the upcoming title Truthful Fictions: Conversations with American Biographical Novelists. You can learn more about Rebecca, and find links to selected stories and essays, at www.rebeccakanner.com. You can also find her on Facebook and Twitter.


Sinners and the Sea Giveaway!


To enter to win one of 2 copies of Sinners and the Sea or a $25 Amazon Gift Card, please complete the Rafflecopter giveaway form below. Giveaway is open internationally.


Want to try a sample passage of Sinners and the Sea, along with other new fiction from Howard Books?
Download this free Kindle book!

Stop by the other blogs on the Sinners and the Sea virtual book tour for even more giveaway opportunities and reviews!

Wednesday, April 23
Review at Oh, for the Hook of a Book

Tuesday, April 29
Review at The Most Happy Reader

Friday, May 2
Review at History from a Woman’s Perspective

Monday, May 5
Review & Giveaway at A Bookish Affair

Tuesday, May 6
Review at Book Nerd

Friday, May 9
Review at Our Wolves Den

Monday, May 12
Review at The Calico Critic

Wednesday, May 14
Review at Sharon’s Garden of Book Reviews

Thursday, May 15
Spotlight at The Tower of Babel

Friday, May 16
Review at Layered Pages

Monday, May 19
Review at A Bibliotaph’s Reviews

Wednesday, May 21
Review at My Reader’s Block

Tuesday, May 27
Review at Svetlana’s Reads and Views

Thursday, May 29
Review at bookworm2bookworm’s Blog
Posted by Laura Hartness at 12:00 AM