Block Post Update: I'm not sure why this post was republished on August 16, 2015. My apologies for any confusion. Lately I've had such fun introducing the readers of The Calico Critic to new authors of Regency and/or Austenesque fiction!  Today is no exception.  Charlotte Brentwood is a debut author with her own Regency novel, The Vagabond Vicar.  I get the sense that Charlotte's tastes are very similar to my own, as we share many of the same interests and values.  Today she presents an excerpt of The Vagabond Vicar, and offers a nice giveaway as well.  Be sure to enter through the Rafflecopter widget below.  Enjoy!

Thank you for hosting me Laura! I’m delighted to introduce my debut novel, The Vagabond Vicar. If you love Jane Austen and Georgette Heyer, can't get enough of Downton Abbey or Cranford, or just prefer old-fashioned boy-meets-girl stories, this story should appeal to you. Read on for an exclusive excerpt.

William Brook is an idealistic young cleric, desperate to escape dreary England for a mission adventure in exotic lands. It's his worst nightmare come true when he is posted to a parish in a small backwater village, populated with small-minded people and husband-hunting mamas. He’s determined not to form any ties and to escape the country as an independent single man.

A free spirit, Cecilia Grant is perfectly content to remain in her family home in Amberley village - when she's not wandering the countryside at all hours painting. Marriage options are few, but that won't stop her mother from engineering a match with one of the ruling family's sons. Cecilia attempts to win the man, but what is it about the new vicar and his brooding ways that is so appealing? Could he be the only one who has ever really understood her, and can she discover what he is running away from?

As William struggles not to fall in love with the lady's intoxicating beauty and mysterious eccentricity, he finds himself drawn into the lives of the villagers, despite their best efforts to alienate the newcomer. When he makes it clear he's not sticking around, Cecilia strives to restrain her blossoming feelings for him. Just when it seems love may triumph, dark secrets are revealed in Amberley and a scandal from William’s past may see the end of not only his career, but his chance at finding an everlasting love.

Excerpt from The Vagabond Vicar
by Charlotte Brentwood

This excerpt takes place at a ball given by the local landowners, the Barringtons.

Once his dance with Miss Anne was over, he deposited her with her family and made a hasty retreat to the table of refreshments. His respite was however short-lived, as Mrs Lindsay approached with a visiting female cousin. There was an unmistakable eagerness in her eyes, and William began to panic, unsure he could maintain his composure through two more dances. This was why he’d avoided society in London.

With the Lindsay women only a few feet away, William swiftly turned back to the table, only to come face to face with Miss Grant. He breathed a sigh of relief. Surely she was the lesser of two evils. “Miss Grant, would you do me the honour?” he asked quickly, extending his hand.

Cecilia hesitated, but then her face relaxed into a smile. “I would be delighted, Mr Brook.”

William felt a ridiculous surge of pleasure when she placed her hand in his, and he tried to keep a straight face despite his satisfaction at having kept the more obvious ladies at bay. She curtsied elegantly, and he caught himself admiring her slim form as they began to move through the figures. The dearth of civilised company must be playing tricks on his mind. At least Miss Grant didn’t attempt to engage him in puerile conversation such as he’d had to endure thus far. He cringed a little when, as their second dance began, she took a breath to speak, but the topic she raised hit straight to his core.

“I collect you are missing London, Mr Brook?”

He lost his composure for a moment, but regained it in time to keep up with the dance. This was not the undemanding conversation starter he might have expected. He met her eyes and saw only concern, rather than coquetry. “Yes Miss Grant, I’m afraid I am,” he confessed. “What betrayed me?”

“Nothing, really. It only seems as though you are still adjusting to small village life.”

She was right, of course, but he did not want to admit that she’d been perceptive, or to the fact that he would struggle to adapt to their simple society. When she was within earshot again he said, “I do hope I am not putting too much of a damper on proceedings.”

She laughed, another surprise. “I would say to the contrary, Mr Brook, you seem to have inspired general appreciation and high spirits.”

Could she be alluding to the range of females targeting his attention? Was she bold enough to address such a topic? A glance at her twinkling eyes told him she was. He couldn’t help but feel lighter inside, and grinned at her.

When they were next in the range of conversation, she asked, “What do you miss most about London?”

He felt a pang. “Where do I start?” A tumble of images streamed through his mind... people, places, experiences. The hope for the future that he seemed to have left behind. After several moments he remembered his company, and looked back into her curious eyes. “The variety of society must be keenly felt,” he began, hoping not to offend her. “Apart from my general acquaintance, the members of the congregation, and other clergy, I had a particular friend whom I am missing dreadfully. Thomas.”

She nodded. “Perhaps Thomas could come and visit.”

He shook his head sadly. “I am afraid not. He is on a ship this moment, bound for India.”

Her eyes clouded. “Oh. Is that a dangerous journey?”

He gave a little shrug. “No more than most. The destination must make it worthwhile.” The dance ended, and after thanking each other they continued to talk off to the side. “Thomas will be ministering to peoples who have not yet heard God’s word,” William told Cecilia, unable to hide the earnestness in his features. “He will be building churches and schools, and feeding the desperately hungry.”

She nodded, warmth and understanding in her eyes. “One could be forgiven for thinking you would rather be in his place.”

His eyes flashed to her serene countenance. How was it possible that this girl, who he'd practically written off as an eccentric oddity, had pinpointed his deepest issues within a few minutes of conversation? “You are very perceptive, Miss Grant,” he said. “But I would not rather be in his place – I yearn to be beside him through the journey. We were a good team.”

She nodded. “And Amberley is somewhat removed from the life of a missionary.”

He looked away for a moment. “Yes.”

Supper was announced, and William offered his arm to take Cecilia through to the dining hall. As they approached the long tables, William spotted Mrs Grant. She had saved a seat next to her, with Mr Barrington on the other side.

Cecilia paused as she also noticed the arrangement. “Look, there are two seats available over there,” she said, pointing to a far table. “That is, if you can withstand my company.”

William laughed and started in that direction, noticing Mrs Grant gesturing wildly towards them out of the corner of his eye. “It would be my pleasure.”

Once they were seated and had filled their plates with salmon, vegetables and biscuits, Cecilia returned to their former topic. “I have been to London twice,” she told him. “Once when I was a girl, and again last year for my debutante season.”

He chewed and swallowed a mouthful. “I see. And how did you like it?”

She hesitated. “I did enjoy London itself, once I became used to the noise and bustle, but trying to hook a husband was a perplexing activity.”

William smiled. She certainly did not shy away from the heart of matters. How refreshing. He wasn’t sure if he should prompt her to go on. This was precisely the sort of conversation Dean Roberts would have preferred an unmarried vicar to steer well clear of. “Oh yes?” he said.

“I am a hopeless flirt,” she said with a self-effacing smile. “That is – I am hopeless at it. I always just say what I think, or if I am nervous I don’t say much at all. My mother despairs that I have not taken to the female arts.”

William smiled again. “Does she now?”

“Indeed. She is determined to have me married well, but I fear I am not ladylike enough to impress the right gentlemen.”

William was thinking she was the closest he’d come to a lady in the whole time since he’d been in Amberley. Even the Barrington girls, though they had assumed airs and elegant postures, did not have the natural grace of this creature. “Miss Grant,” he said, “I am a gentleman, and yet you do not seem nervous.”

“Oh, but you are a vicar!” she exclaimed. “You are not an ordinary gentleman.”

For another excerpt and details on where you can buy The Vagabond Vicar, visit Charlotte’s website.

Charlotte has generously offered three eBook copies of The Vagabond Vicar!  Winners may choose between Kindle or the options on Smashwords as their format.  Contestants should enter through the Rafflecopter widget below.  Submissions accepted until 12am EST on December 21, 2014.  Thanks for stopping by, and good luck! 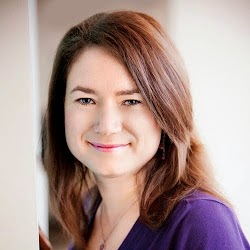 Charlotte developed serious crushes on a series of men from age fifteen: Darcy, Knightley, Wentworth and Brandon. A bookworm and scribbler for as long as she can remember, Charlotte always dreamed of sharing her stories with the world.

She lives in beautiful Auckland, New Zealand. When she's not toiling at her day job, writing or procrastinating on the Internet, Charlotte can be found snuggling with her cat Sophie, warbling at the piano, sipping a hot chocolate or enjoying the great outdoors.