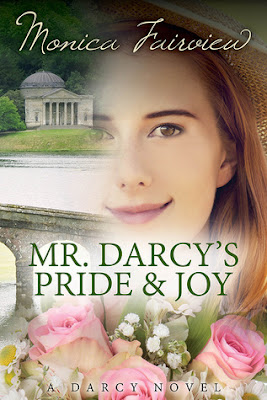 Mr. Darcy and Elizabeth Bennet are engaged at last, and Mr. Darcy is preparing to take out a special licence to get married quickly. But, just when everything seems to be going just right, he encounters opposition from an unexpected quarter. Then, when his engagement is announced – to someone else – Elizabeth, understandably, begins to doubt his sincerity.

Perhaps their love is doomed after all…

Find out more in this third part of the Darcy Novels series, a Pride and Prejudice variation.

Diving into this third installment of the Darcy series by Monica Fairview, I had a few expectations.  Its predecessor, Mr. Darcy’s Challenge ended on such a high note, I assumed there would be no obstacles to Lizzy making it to the altar with her beloved.  In fact, I half expected the story to pick up not long after their honeymoon!  One would assume I’d already read the short plot summary for this novel, but I had deliberately kept myself 100% spoiler-free on this one.  I’d enjoyed the first two so much; there was no need for a preview on my part.  I speculated that the titular “pride and joy” would possibly be referring to one of their children, in fact!  I was certainly off track in my assumptions.  For those of you who prefer to be almost as in the dark as I was, you might want to return to my review on another day.  Come back and leave your comments, but don’t let these thoughts intrude on your enjoyment of the book.  As for the rest of the audience who isn’t particularly concerned about a few spoilers, read on!

At the conclusion of Mr. Darcy’s Challenge, all seems right in the world with our two Austenian characters, Fitzwilliam Darcy and Elizabeth Bennet.  While out for a walk, Darcy is so enraptured with joy, he fails to notice that he has wondered into a shady part of London.  From there we have an exciting episode which kicks off the novel with a bang.  In truth, I would say that it was the most riveting moment in the entire story!  This event is one in a long string of obstacles that emerges, keeping Darcy and Lizzy from tying the knot.  Time after time, circumstances present themselves in such a way that even I began to doubt if the wedding would ever happen.  As the chapters flew by, there seemed to be no “Happily Ever After” (HEA) in sight.  I found myself saying to the author, “Monica, you’re almost out of pages!  Darcy and Lizzy are not together!  What in the world are you up to?!  I need my HEA!”

Suffice it to say, Mr. Darcy’s Pride & Joy has a satisfying ending.  The “pride and joy” mentioned in the title is a reference to Elizabeth, whom Darcy loves with all his heart. Despite all of life’s obstacles, he is determined to be with her, no matter what the cost.  Even he has moments of doubt, thinking he might be duty-bound into a marriage with someone else, but he never truly gives up hope.  The same goes for Elizabeth.  Despite moments of questioning, she loves him fully and is willing to sacrifice much in order to be his wife.

In addition to the entertaining story, I also enjoyed the amount of time spent with a secondary character, Miss Anne de Bourgh of Rosings Park.  While frail in constitution, her character was much spunkier than I’ve seen in the past, and I found her to be quite intriguing.  She desires to remain true to herself, but she is constrained by limitations put on her by her mother and society at large.  She ultimately is liberated, and I reveled in that moment with her.

While this is a review of Mr. Darcy’s Pride and Joy, it’s also a commentary on Fairview’s Darcy series as a whole.  This trilogy has been a delight to read, and the best I’ve seen from Monica in quite a while.  While Mr. Darcy’s Challenge can somewhat stand on its own, the first and final titles are somewhat dependent on the others.  I would encourage readers of Austenesque fiction to begin with Mr. Darcy’s Pledge and take in the entire trilogy.  Each title is a fast read, very enjoyable, family-friendly and romantically delectable.  Congratulations to Monica Fairview on an excellent collection!


Monica Fairview has graciously offered to give away an ebook copy of Mr. Darcy's Pride and Joy! Simply fill out the Rafflecopter below to win.  Open internationally. Giveaway period ends on July 30th at 12am EST.  Good luck to all the entrants! 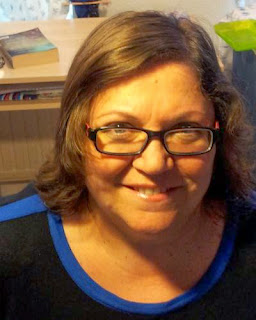 Monica Fairview is a long-time admirer of Jane Austen's wit. She loves to laugh, and she is convinced that her cats can understand everything she says. She is the author of several Austenesque novels: two traditional Jane Austen sequels, one post-apocalyptic tongue-in-cheek Jane Austen spin-off, one multi-author novel THE DARCY BROTHERS, featuring Mr. Darcy’s rakish brother Theo, and now the trilogy, THE DARCY NOVELS. She has also written a Regency Christmas novel, A VERY MERRY CHASE, which was published as part of The Regency Quintet anthology and will be coming out soon on Amazon.

Monica Fairview’s real claim to fame is that she lived in Elizabeth Gaskell’s house in Manchester as a teenager, in the days when it was faded and neglected, so you could say she has the smog of NORTH & SOUTH in her blood.

Monica lived in the USA for many years, where she taught literature to captive victims. She has lived in Illinois, Texas, Colorado, California, Washington State, Oregon, and Massachusetts. By some quirk of fate, she now lives in Surrey within the Greater London area, within a stone's throw of Jane Austen's picnic spot in EMMA, Box Hill. She loves visiting historical properties when it isn’t raining.