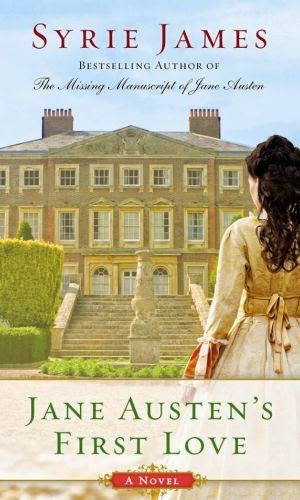 Fifteen-year-old Jane Austen dreams of three things: doing something useful, writing something worthy, and falling madly in love. When she visits her brother in Kent to celebrate his engagement, she meets wealthy, devilishly handsome Edward Taylor—a fascinating young man who is truly worthy of her affections. Jane knows a match between her and Edward is unlikely, but every moment she spends with him makes her heart race—and he seems to return her interest. Much to her displeasure, however, there is another seeking his attention

Unsure of her budding relationship, Jane seeks distraction by attempting to correct the pairings of three other prospective couples. But when her matchmaking aspirations do not all turn out as anticipated, Jane discovers the danger of relying on first impressions. The human heart cannot be easily deciphered, nor can it be directed or managed. And if others must be left to their own devices in matters of love and matrimony, can Jane even hope to satisfy her own heart?


Like many Janeites, I regret that Jane Austen did not live a longer life.  Her death at age 41 in 1817 seems to cut her years short, robbing us of more of her writing, and possibly keeping her from a long successful marriage, which many assume she would have enjoyed.  Who knows how her career and marital status would have been altered had she not fallen ill at such a relatively young age?

Author Syrie James seems to have the same desire as well—to have more of Jane than we have been afforded.  In Jane Austen’s First Love, Ms. James speculates on the years before Austen’s success as an author. We see her as a lively girl of 15 ½, yearning to break out into the world, make something of herself and fall in love.  Before the likes of Fitzwilliam Darcy, Elizabeth Bennet or Fanny Price ever make their way onto the page, we are given a speculative peek into the life of a young girl on the verge of adulthood.

In this imagining of Jane’s earlier years, sibylline hints of her characters yet to come are seen. The intelligence, wit and spunky qualities of Miss Austen were reminiscent of her Elizabeth Bennet from Pride and Prejudice. The worrisome, fretful nature of her mother Mrs. Austen was very much like Mrs. Bennet from the same novel.  Austen’s sister Cassandra has the calm, sweet demeanor of Elizabeth’s eldest sister Jane.  And the matchmaking tendencies of the titular character in Emma are hinted at in some of her behaviors as well.  The intricacies of romantic relationships, family and social class are addressed, which certainly informed the future authoress as she examined the same issues in her novels.  First Love certainly tips its hat to many Austenesque characters and themes, which as a fan I found to be amusing.

As a love story, Jane Austen’s First Love had plenty of room for literary license, but there are two dominant issues that cannot be avoided:  Jane’s untimely death and lack of a long, successful marriage.  If author Syrie James planned to keep this reality in her story (as some Austenesque diversions have not), then ultimately there are assumptions that have to be made.  Her love interest, Edward Taylor, while based on a real individual, can never ascend to the level of a long-term husband. So it becomes Ms. James’ task to produce a romantic tale with some assumed restrictions.  We know what ultimately happens to Jane. But what happens to her along the way?  We know that she comes to make something of herself as an author, but how was her adult heart affected by her relationship with Mr. Taylor as a youth?  What is the story behind him? Syrie James has done a wonderful job in this speculation.  Jane is a delightful, romantic and at times immature youth.  Edward is handsome, well-traveled, educated and charming beyond his 17 years. I could understand their attraction to each other. As her affection for him grows, I was reminded of my younger self on many occasions.  The emotions we feel at that age are so intense—they’re very new, exciting and open-ended. They could lead to nothing, or… to everything.

While Janeites will certainly enjoy Jane Austen’s First Love, those who have never read a word of Austen’s writings will not find themselves alienated by issues and characters unfamiliar to them in relation to her work.  First Love firmly stands alone as a satisfying novel. Yes, knowledge of Austen’s compositions will enhance the experience, but I would feel comfortable recommending this to anyone. The writing is excellent, the content decorous and the characters entertaining. Whether or not this is your first venture with Jane, First Love is a delightful speculation on a young girl whose life retains untold secrets to this day.

Syrie James is the bestselling author of nine critically acclaimed novels: Jane Austen’s First Love; The Lost Memoirs of Jane Austen (an international bestseller); The Missing Manuscript of Jane Austen; The Secret Diaries of Charlotte Bronte; Dracula, My Love; Nocturne; Forbidden; Songbird; and Propositions. Her books have been translated into eighteen languages. Syrie lives with her family in Los Angeles, California. Follow her at facebook.com/syriejames and twitter.com/SyrieJames, and visit her website at syriejames.com.


Click here to stop by the tour headquarters of Jane Austen's First Love
for more content, giveaways, and tour locations!